Are Generic Drugs Actually the Same as Name Brand Ones? 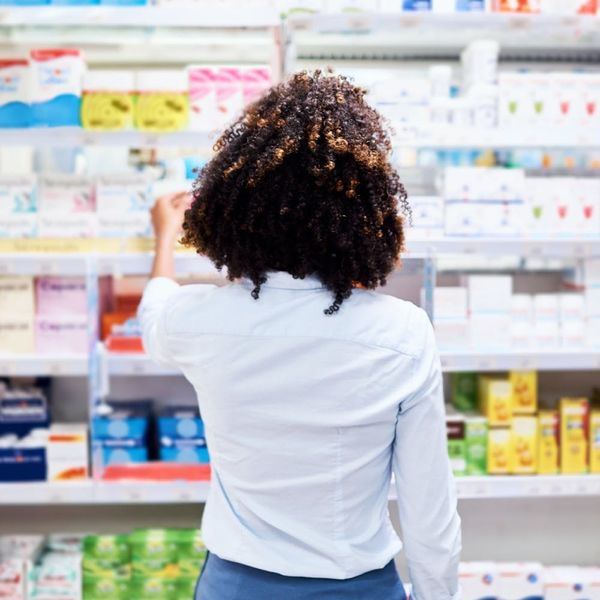 Things that are simple when you’re healthy can feel nearly impossible when you’re sick — including trying to figure out which medicine you should buy to help you feel better. They all come in similar boxes and promise to do similar things, so why is this one $6 and that one $15? If you’re paying more for medication, you must be getting something more effective, right?

The short answer is that the medications with the unfamiliar names, bland packaging, and lower price tags are generics. Doug Hirsch, co-founder and co-CEO of GoodRx, a comparison website that finds the lowest local prices for medications, tells us: “The brand version of a drug had a patent preventing generic copies. But after the patent runs out, other manufacturers can begin to sell their generic versions, and that’s when the price goes down.” The US Food and Drug Administration (FDA) ensures that generic drugs “use the same active ingredients as brand-name medicines and work the same way, so they have the same risks and benefits.”

So generic medicines contain the same active ingredients and have to go through rigorous testing to prove they work in the same way, but they cost much less? Is this too good to be true? Find out in this far-from-generic explanation.

Given what we’ve just learned about generics, it seems surprising that anyone still prefers brand-name medicines. And indeed, fewer people are: A study published in 2013 in the Social Science Research Network Electronic Journal found that 70 percent of consumers without medical training bought generic headache medication over a branded option. This seems high until you learn that 90 percent of pharmacists chose generics. Caitlin Hoff, a Health and Safety Investigator with ConsumerSafety.org, an organization that keeps consumers up to date with health and safety news, believes that this partly goes back to the price tag. “Some people perceive generic medications the same way you might think of a knock-off designer good; it might be close to the original, but it’s never quite as good,” she explains. “That’s not the case when it comes to medications. To be an approved generic medication, it has to have the same API (active pharmaceutical ingredient) as the branded version, and the makers have to prove its effectiveness. So doctors know that a generic medication will work just as well for a fraction of the cost.”

What’s in a Brand Name?

It’s not only a higher price that convinces people to trust brands over generics: Seeing a familiar name is reassuring when you’re sick. Dr. Cole Sloan, PharmD, BCPS, a clinical pharmacist at the Emergency Department at University of Utah Health Care, says, “When you’re feeling ill, you don’t want to take a medication that you aren’t sure is the right stuff. When non-medical people are in pain, they tend to think of Tylenol, and when you’re focused on your pain, the generic name ‘acetaminophen’ isn’t as familiar or appealing.” The brands know this, of course. “Notice how much easier the brand names are to say and therefore remember,” Sloan adds. “Usually brands have fewer syllables than generic names.”

Getting us familiar with a brand’s name starts with marketing efforts by the company selling the drugs, but Kelly Cawcutt, MD, assistant professor of medicine at the University of Nebraska Medical Center, adds that sometimes physicians who are trying to simplify things for their worried patients accidentally compound the effect. “If I say ‘acetaminophen,’ and the patient doesn’t recognize this name, I would let them know that this is the same as Tylenol — and suddenly that’s the household name everyone knows.”

Are Brand-Name Drugs Ever Better?

There are a few specific situations where choosing the pricier drug could be better for you. “FDA regulations apply to concentrations of active drug in the body,” Sloan points out, “so sometimes generic drugs will be formulated with different inactive ingredients that some patients may not tolerate. For example, it may not be worth it for generic companies to use the same food dyes as branded products, so patients with dye allergies might have to stick to other manufacturers and ultimately have to pay more to get the brand-name drugs.” Alternatively, Hoff says you might need to stick to brands “if you are prescribed an NTI (narrow therapeutic index) drug, for example a blood thinner, which holds some risk based on its dosage. Generic medications may have a slightly different concentration, and therefore your doctor might recommend the brand instead.”

It might also be that some patients simply respond better to different formulas. “Some brand formulations may not be the same as the generic, for example tablet vs. gel capsule, which may make some difference in the non-active compounds and perceived impact,” Cawcutt says. And sometimes it’s just preference: “If you ask me what to buy, I will always strive for generic options, but if a patient swears that Tylenol works better for them than a generic acetaminophen and therefore they want to spend the extra money on it, I do not advise them to change.”

What’s the Best Way to Save Money on Medication?

The good news is that your doctor is probably on your side. “I would say that most doctors know that if they prescribe a drug their patient can’t afford, they’re not doing their job, so they do their best to make sure their patients are getting the cheapest, most effective option,” Hirsch reassures us. Cawcutt confirms this: “I routinely buy generic medications for myself and my family, and I prescribe them to my patients as long as a generic formulation is available. I think part of my job as a physician is to advocate for cost-effective medicines.” And even if you don’t have a proactively thoughtful doctor like Cawcutt, Hirsch adds, “most insurers have a ‘dispense as generic’ rule that requires the pharmacist to use the generic version when it’s available.”

Since GoodRx aims to find users’ medicines at their lowest prices, it figures that Hirsch would have some good advice on saving money: “Know that you can shop around for the best price on medications. Even if you have insurance, check the price of the drug. If you’ve got a high deductible or a steep copay, it can often be cheaper to skip paying with insurance and pay with a discount coupon instead. Also, be aware of pharmacy membership programs that can make your prescription cheaper, especially if it’s a regular prescription you’re filling several times a year. Ask your pharmacist: They often have great ideas on how to save. Try manufacturer coupons, which help make brand drugs more affordable, or ask for a longer prescription (e.g., 90 days instead of 30 days), which can make it a lot cheaper with or without a coupon.”

“Drug prices are a huge problem in this country, but people are fighting every day to make them more affordable,” Hirsch promises. Whatever brand your handbag is, if you do your best to keep your drugs generic, shopping for medication doesn’t have to be a headache on top of your headache.

Do you swear by generics? Tell us about your experiences @BritandCo.

Natasha Lavender
Natasha Lavender is a Londoner living in Chicago, and is fluent in British and American. She writes about pop culture, health, lifestyle, feminism, fashion, and interviews with interesting people, and has previously worked for Good Housekeeping magazine, Buzzfeed, and Hello Giggles. She loves podcasts, running, reading, dogs and cats equally, and peanut butter anything.
Adulting
Health
Adulting Budget-Friendly Healthy Living