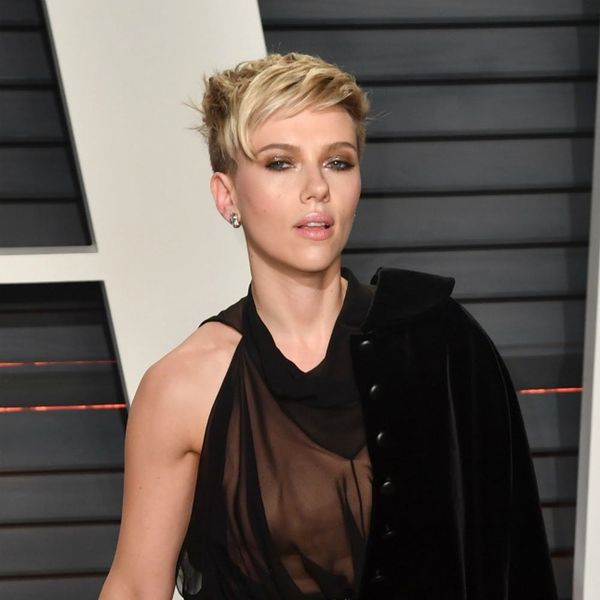 Looks like the controversy surrounding Scarlett Johansson’s Ghost in the Shell won’t be dying down any time soon, and that’s thanks to the film’s marketing department. After calls of whitewashing when it was announced that ScarJo was starring in the role made famous by Japanese writers and anime producers, the production company hasn’t really addressed the allegations head on. While the actress has been vocal about how tough it is to be a single parent, she has also been silent about the role, and now, the film’s failure of a meme looks like it may spell disaster for the previously anticipated live-action remake.

She is hunted. She is the hunter. She is Major. Who are you? Go to https://t.co/jGc5YZ7g2T and tell us. #IAmMajor pic.twitter.com/E8FT89WPBM

In a surprise move, the company released a series intended to get people involved in the film by asking us who we are. The hope was to have people share their bravery and strength using the hashtag #IAmMajor. Unfortunately for them, it backfired, and people pointed out that not only is the character not called “Major” (it’s her rank not her name), but that having a white actress portray a Japanese character has upset enough people to potentially destroy the film’s release.

People went to town using the meme generator and were particularly brutal to ScarJo’s character and the film makers.

The Ghost in the Shell Website https://t.co/eqy8CpndC6 has a meme maker of sorts where anyone could "become Major" so I had some fun…. pic.twitter.com/EadKs04H9a

They didn’t just go after ScarJo, though — they absolutely slaughtered Hollywood’s whitewashing tendencies in general too.

And they also reminded us why whitewashing can be so damaging.

Will you see Ghost in the Shell when it comes out this month? Tell us @BritandCo!