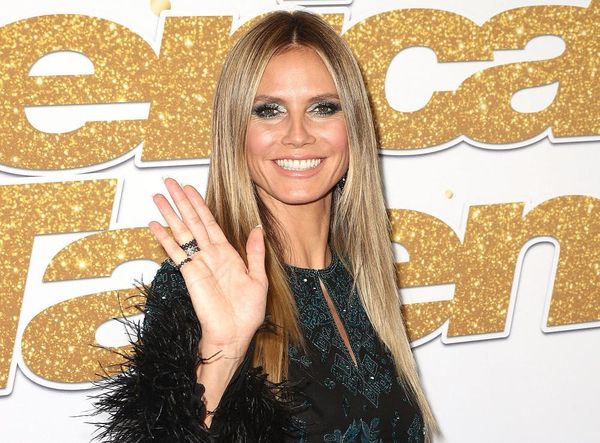 The Queen of Halloween is already hard at work on her costume for 2018. Heidi Klum shared a sneak peek of the getup she’ll be wearing on October 31, and it looks like it’s going to be epic — and scary.

On Wednesday, September 26 — still a full month away from Halloween — Klum posted a short video clip showing off a creepy prosthetic mask being molded around an artificial face. The mold starts below the nose, and extends out to the ears and down to the tops of the bust’s shoulders.

“Getting ready for #heidiklumhalloween2018,” the supermodel captioned the clip, adding a ghost, pumpkin, screaming face, and spider emoji for good — and holiday appropriate — measure.

Klum appears to once again be working with the prosthetic design company Prosthetic Renaissance Inc., who previously worked on her face-morphing Jessica Rabbit getup in 2015 and her elderly woman costume in 2013.

In 2017, Klum pulled off one of her most detailed (and scary) costumes yet, recreating the wolf costume from Michael Jackson’s 1983 “Thriller” video. Not one to take her Halloween duties lightly, Klum also learned the iconic dance moves from the video, showing them off for guests at her annual party.

Klum has had an extensive run of elaborate costumes. In recent years, she has also donned show-stealing getups as a gold-dipped Cleopatra, an alien-esque technicolor butterfly, and, hilariously, a clone of herself, accompanied by five other women who donned prosthetics to look like fellow clones. We can’t wait to see the finished product this year!

What do you think Heidi Klum will be for Halloween? Let us know @BritandCo!