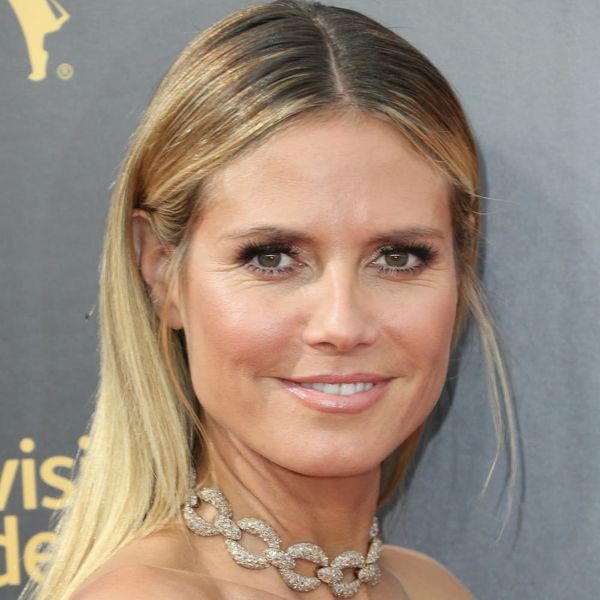 We’ve got to hand it to Hollywood — they really outdid themselves when it came to Halloween this year. From Katy Perry’s Grease-themed birthday bash to Jenna Dewan Tatum’s magical sparkle unicorn costume, we had some pretty high expectations for what Heidi Klum’s 17th annual Halloween bash last night might yield. It looks as though her reign as the Queen of Halloween may have ended, however, as she just couldn’t top Kylie Jenner, who not only SLAYED as Xtina, but threw the Halloween dead dinner to “end” all dinners. Luckily, there were plenty of other looks that DID blow our minds over the course of the weekend — check out 20 of the most must-see costumes below!

1. Heidi Klum: After all that guesswork as to what Heidi Klum would be this year — she is the reigning Queen of Halloween, after all — we’ve gotta’ say: We were majorly underwhelmed. Going as clones of… well, herself, Heidi’s own look was pretty basic compared to previous years. With a nude bodysuit, thigh high boots and her usual VS blowout and makeup, the addition of five other Heidis (complete with creepy prosthetic faces) just wasn’t enough to blow us away. Sorry, Heidi — you’re out. (Photo via Neilson Barnard/Getty)

Y'all are definitely gonna wanna tune into @theellenshow today. I live out my fantasies of being a Broadway diva dressed as "Ga-Linda" from #Wicked. Shout out to the gorg and perfect original Galinda @kchenoweth . I also make a fool of myself per usual.

2. Beth Behrs: 2 Broke Girls’ Beth Behrs looked like a fairy-tale princess come to life when she lived out her dreams of becoming Glinda Upland from Broadway’s Wicked. She wasn’t exactly the picture of grace in it (she totally took an endearing spill while attempting to sit during her Ellen show appearance), but we loved it nonetheless.

3. The Lacheys: Halloween was a family affair at the Lacheys, where Nick, Vanessa, their son and daughter dressed as Frozen’s Kristoff, Anna, Olaf and Elsa, respectively. BRB, dying of cuteness overload.

4. Kate Upt­­­­on and Justin Verlander: Kate and Justin were the cutest Sandy and Danny Zuko ever as they attempted to get into sync for a performance of the pair’s iconic song “You’re the One That I Want.” While they were slightly out of step (and key, Kate!), we’ll give them a break, because adorable.

Happy Halloween from Poppy, Branch and lil Branch. We be Trollin'...

5. Justin Timberlake and Jessica Biel: Never one to miss an opportunity for promotion, Justin and fam went as (what else?) Trolls from his new movie. “Happy Halloween from Poppy, Branch and Lil Branch,” Jess wrote. “We be trollin’.”

6. Gwen Stefani: Gwen got into the Halloween spirit as the most ghoulish Alice around by dancing around to the classic tune “Monster Mash.”

Two belles and a beast

8. Taylor Swift + Squad: Like Heidi, we found Taylor and the crew’s looks to be a bit of a letdown. Forgoing a killer group costume opportunity, Tay and her posse opted instead for a hodgepodge of familiar yet simple looks that didn’t exactly knock our socks off. We didn’t miss her nod to BFF Blake Lively’s hubby Ryan Reynolds with her Deadpool costume, though, which was apparently the real deal, as she wrote, “Thanks @vancityreynolds for this costume, you’re THE best Deadpool inside contact ever” in a later post.

9. Lindsay Lohan: While PUH-LENTY of people took on Suicide Squad’s Harley Quinn this year (there was Kelly Ripa, J. Woww and Halsey, just to name a few), Lilo’s version was our favorite. Maybe we see a bit of the character in Lindsay herself given her troubled past, or maybe it’s more of a physical likeness, but we think Linds nailed this one.

I probably should have mentioned I'm poison.....

11. Gisele Bunchen: Brazilian bombshell Gisele Bundchen skipped the sexy this year, choosing her hilarious Luigi costume for the sweetest reason ever. “When your son wants to be Mario, but no one wants to be Luigi, this is what you do,” she captioned the snap. Best. Nintendo Duo EVER.

12. Jenni “J. Woww Farley: With not one, not two, but three costumes this Halloween, each one a little greater than the last, the best by far had to be J Woww’s stint with a gal pal and her kids as Ellen, Portia de Rossi, and their Finding Dory brood. “When your kids want to be Nemo and Dory,” she writes.

(When you're a little shit and way to lazy to do anything for Halloween but this fire ass edit makes you look like you went all out...so you're gonna roll with it lmao)

13. Zendaya: Though Zendaya says her costume was less than wow-worthy in person, her Photoshop (Snapchat?) skillz were sufficient enough to give her a killer costume. “When you’re a little sh*t and way too lazy to do anything for Halloween but this fire ass edit makes it look like you went all out…so you’re gonna’ roll with it.” Hey, whatever works!

Tinkerbell is a spunky one ✨💫✨

14. Candace Cameron Bure: Fuller House’s Candace Cameron Bure was Disney fairy perfection in head-to-toe green sequins as Tinkerbell. Sitting on the floor (perhaps Hook’s minions shot her down?) with her wand at her side, she’s the prettiest pixie we ever did see. Eat your heart out, Peter.

15. Demi Lovato: Demi’s sexy Dorothy costume was pretty on point — between the pigtails, the ruby reds and her fluffy companion, Toto, she’s off to see the wizard! Take care with those slippers, though, Demi — we hear they’re falling apart!

16. Taylor Hill: Getting our vote for this year’s scariest costume is Heidi Klum’s fellow Victoria’s Secret angel, Taylor Hill. In fact, those enlarged, pitch black pupils are totally freaking us out, TBH. There goes any hope we had of sleeping tonight.

I decided to #BumpItUp this #Halloween with a DIY costume fit for a #pregger! Baby bump and I decided to be a gum ball dispenser! Complete with vintage dress from my closet, plastic bowl, and Pom poms. Easy, fun, and comfortable! Fellow mamas what are you dressing up your #bump as?

18. Tori Spelling: Now THIS is how you do a Halloween baby bump! Tori Spelling’s gumball machine was not only creative, she says it was basically a breeze. “Complete with vintage dress from my closet, plastic bowl and pom poms. Easy, fun and comfortable,” she explained.

19. Kelly Clarkson: SO MUCH YES to Kelly Clarkson as fellow singer Sia! Not only did she totally get into character with the vision-impairing wig, she slayed her own rendition of the eclectic singer’s “Chandelier” all the while sharing it with fans via Facebook live.

So much fun being #JessicaRabbit last night ✨👠💋💃✨🐰💥 styled by @inspiresmi #Halloween2016

20 Alessandra Ambrosio: Picking up where fellow Victoria’s Secret model Heidi Klum left off last year, Alessandra put her own (non-prosthetic) take on Who Framed Roger Rabbit?’s Jessica. So who wore it best? YOU be the judge.

Did Heidi’s costume live up to your expectations? Sound off over @BritandCo.

Nicole Briese
Nicole is the weekend editor for Brit + Co who loves bringing you all the latest buzz. When she's not busy typing away into the wee hours, you can usually find her canoodling with her fur babies, rooting around in a bookstore, or rocking out at a concert of some sort (Guns N' Roses forever!). Check out all her latest musings and past work at nicolebjean.com.
Halloween
Celebrity News
Halloween Halloween Costumes
More From Celebrity News