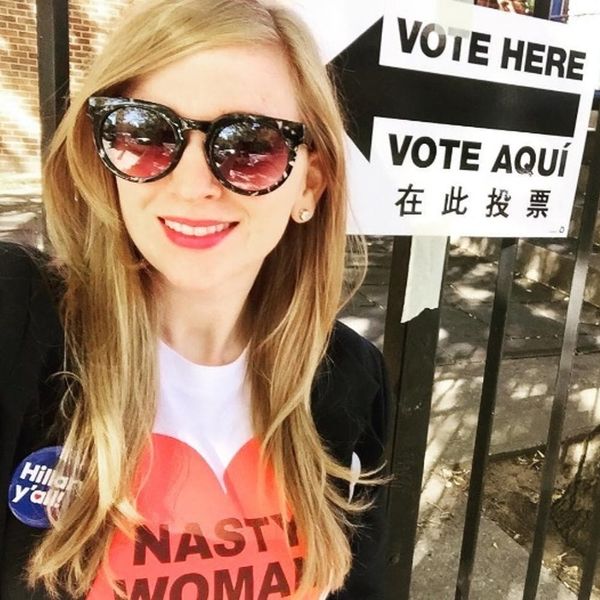 We know that after you exercise your right to vote (go, you Nasty Woman, you!) and score all of your sweet FREE rewards for being an awesome citizen, you’ll be eagerly awaiting the results. While we may just be hours away from seeing the first woman voted in as American President, you can watch history in the making plenty of different ways. To make sure you don’t miss any of the action, here’s how to follow today’s election results.

Whether you intend to watch online or on the ol’ TV, here’s where you can watch the action go down.

News channels like CNN, ABC, CBS, NBC and Fox will not only be covering the election on television, but all will be streaming the sitch online as well as offering links to as much political and campaign info as you can handle. Most live-streams are available for both computers and mobile devices alike.

But these aren’t the only sources for minute-to-minute updates.

If you’re more into social media than streaming situations, then Twitter and Facebook could be your best option. Follow a few (reliable) sources (e.g. ABC News, CNN, Daily Caller, The New York Times, NowThis, PBS NewsHour, Univision), and you’ll be getting the info faster than many watching live-feeds. On top of that, Youtube will be live-streaming the election coverage because, seriously, social media seems to know about things before they even happen.

If you’re looking for something totally different, AMC theatres has teamed up with CNN to show election results coverage with some other shnazzy perks.

Can’t wait for those precious numbers? VoteCastr is working with Slate and Vice to bring you the number of votes in certain key states as they come in, before the official numbers start rolling in. Risky? Maybe. Tempting? Totally.

Politico and NPR will also be offering coverage, the former in the form of a live-stream and articles, and the latter will be giving the politically engaged live radio, audio clips and plenty of interactive data.

How will you be checking out the election results tonight? Tweet us @BritandCo!