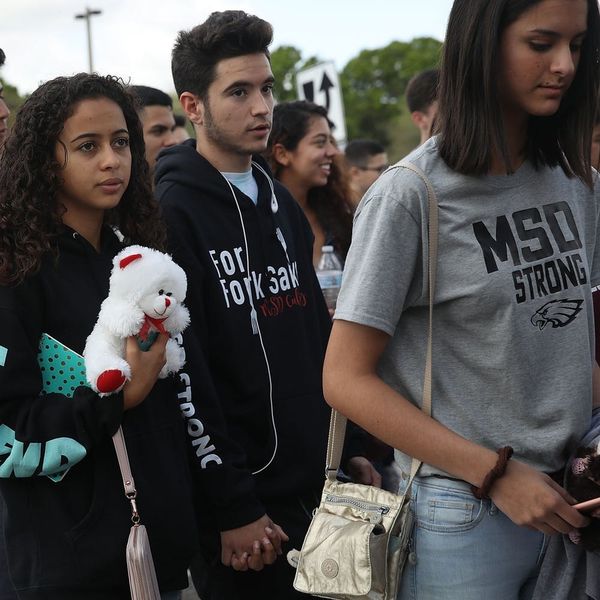 Three weeks ago, 17 people died at the hands of a teenage gunman at Marjory Stoneman Douglas High School in Florida, and ever since, the nation has been embroiled in a debate about how to prevent such a tragedy from happening again.

And while the president has been pontificating before the cameras about “hardening schools” and arming faculty, a group of leading experts in the field of school violence have been putting together a proposal: Call for Action to Prevent Gun Violence in The United States of America.

The document has been signed by more than 2,300 experts as well as 200 universities, national education and mental health groups and school districts, reports NPR. Instead of hardening schools, the proposal suggests an approach that gets guns out of the hands of potentially dangerous individuals, and works to help those same individuals instead of ostracising them.

The document these experts have created takes a public health approach to the problem — prevention as treatment. This means that instead of waiting for an outbreak, a public health approach would see that children are vaccinated in an appropriate manner. In the case of gun violence, it means that before the next mass school shooting, holistic preventative measures are put in place.

The document lays out an eight-point plan broken down into three levels.

In the first, experts call for a national requirement that all schools are assessed to ensure students and adults are protected from bullying, discrimination, harassment, and assault. They also suggest a ban on assault-style weapons and products that modify semi-automatic weapons to make them automatic.

On the third level, experts suggest a national training program focused on threat assessment, the removal of legal barriers preventing sharing safety-related information, and new laws allowing courts to temporarily confiscate guns when there is evidence an individual plan to carry out an attack.

The call to action is clear, straightforward, and specific. It is also different than other policy proposals in that it is not focused exclusively on gun control, but instead takes a wider approach to the problem. It aims to change the climate in schools, so that students feel comfortable talking to staff about potentially violent students, and that these potentially troubled students are not suspended or expelled, but are instead kept within the system and given the help they need.

The authors are hopeful that their suggestions, already supported by thousands, can break through the politics and noise to affect actual change at this critical moment in the national conversation on school violence. Those interested in signing the document can do so here.

Lia Grainger
Lia Grainger is a freelance journalist and reluctant nomad who divides her time between Canada and Spain, weather dependent. She's written for The Atlantic, Reader's Digest, the Toronto Star and other print and online publications, and her work appears in dozens of languages around the world.
Controversy
Current Events
Controversy Politics
More From Current Events