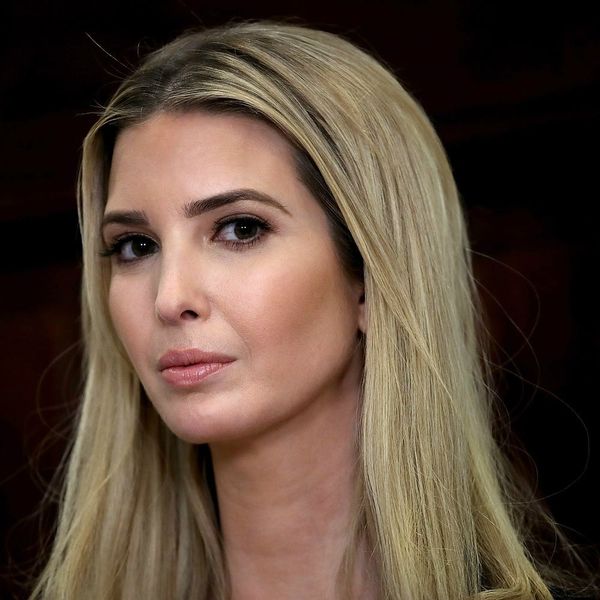 While first daughter Ivanka Trump has been in South Korea to represent her father at the PyeongChang closing ceremonies, she’s been fielding questions about some recent comments he made in the wake of the most recent school shooting in Parkland, Florida. And she doesn’t necessarily agree with everything he’s said.

In a sit-down interview with NBC Nightly News, Trump told Peter Alexander that while school safety should be a priority, she isn’t convinced that arming teachers is the best way to go about it. “To be honest, I don’t know,” Trump said when asked if arming teachers would make students safer.

“Obviously, there would have to be an incredibly high standard for who would be able to bear arms in our school,” she said. “But I think there is no one solution for creating safety.”

Just days after the school shooting at Marjorie Douglas Stoneman Secondary School, President Trump suggested that the best way to keep students safe from gun violence is by putting more guns in schools, and that teachers with easy-to-access weapons and specialized training could stop a gunman from harming people.

While the president believes that 10-20 percent of teachers are already savvy when it comes to gun use, most teachers probably do not own or know how to manage a gun at all, according to Vox. And while some teachers may actually be gun owners, less than 40 percent of the nation’s gun owners complete any formal gun training, let alone those who also have teaching degrees.

The younger Trump said the idea of arming teachers isn’t “a bad idea,” but added that “it’s an idea that needs to be discussed.”

What do you think of the president’s idea to arm school teachers? Let us know @BritandCo.