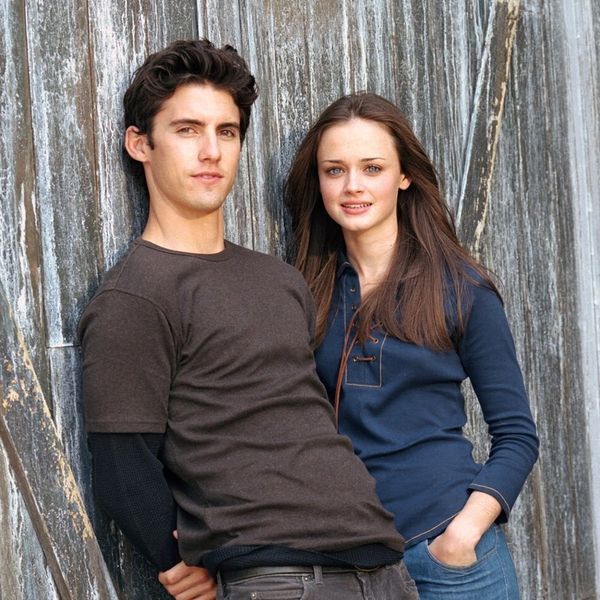 There are plenty of possibilities that would shock us in the four new extended episodes of Gilmore Girls, but the theories around Rory’s love-life are perhaps the ones creating the most buzz. Is she pregnant with Logan’s baby? Is Jess the one who wins her heart in the end? Does Dean even have a chance? The first (emotional AF) trailer may have revealed some very key clues (and caused Twitter to have a total meltdown), but some fans are absolutely sure that there’s a very good reason to believe that it’s #TeamJess who will come out on top.

Those who are (more than a little) excited for the show to finally return and hit Netflix on November 25th definitely took note of the fact that though did Dean and Logan both appeared in the trailer, they were given mere shots and no speaking parts…

And yet Jess Mariano, who is played by Milo Ventimiglia (who you should totally catch on his other show), was shown having a sweet and totally sincere conversation with a lost Rory…

Jess has always been the most encouraging and inspiring guy for Rory. 💕 #GilmoreGirls pic.twitter.com/JU1htYBrUj

With the assumption that the trailer’s focus on Jess is a HUGE clue towards who among Rory’s exes has the biggest role in the reboot and therefore is most likely to have won her heart, it’s looking like Jess has just taken the lead.

But don’t fret, #TeamLogan and #TeamDean, the race is still on.

Do you think the trailer is hinting at Jess getting together with Rory or are you still rooting for Logan or Dean? Tweet us @britandco!