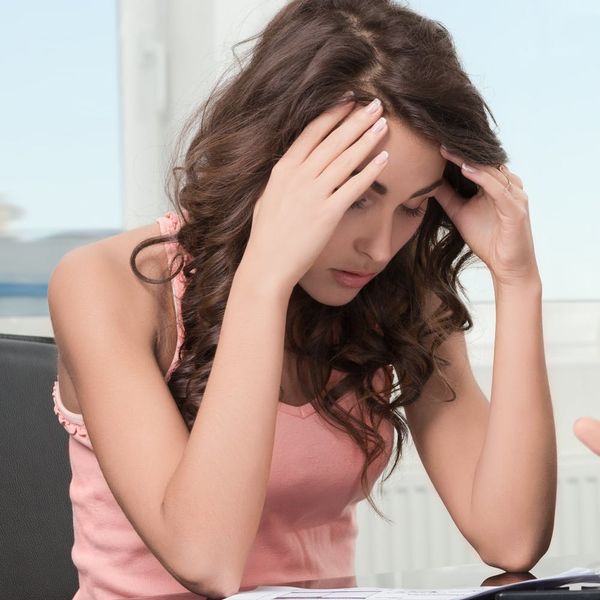 To state the obvious: Breakups and fights with a significant other really blow. Distress within a relationship and the ultimate fight, the breakup, can be extremely painful, confusing, and often leave you with a deepened sense of longing for your partner. Somehow, the turmoil makes us want to be as close to our partner (or ex) as possible. Now, researchers have found out why this happens.

According to a new study from the Norwegian University of Science and Technology and the University of New Mexico, the brain releases oxytocin (that’s the “love hormone” that makes people want to cuddle after sex, among other things) when someone perceives that their partner is less involved in the relationship than they are and during times of distress in the relationship. While oxytocin is mostly known as a hormone associated with love and bonding, the researchers argue that it’s also a “crisis hormone,” according to a study press release.

Researchers examined 75 couples and 148 individuals who are romantically involved and found that oxytocin increased both during times of bonding and in times of relationship instability. In fact, oxytocin release was even more consistent with moments of distress than in times of love and bonding.

Researchers discovered this by observing that partners who were more involved in the relationship released oxytocin when thinking about their significant other, whereas those who were less involved did not.

Study co-author Aarseth Kristoffersen says one reason why this could happen is “because people in a relationship where their partner is waffling need to engage more” in order to make the relationship work. Co-author Steven Gangestad says, “What’s implied here is a statement about what oxytocin is doing: It’s perhaps fostering attention to and motivation to ‘take care of’ the relationship.”

It also stands to reason that this phenomenon contributes to the strong urge to reconcile and make things work during a breakup. If the less-involved person leaves the relationship altogether while their partner is releasing oxytocin because of the distance caused by the breakup, that second person is still driven to be close and pay attention to their partner. And that’s one of the major emotional pains of breaking up.

The study helps explain what’s going on when relationships are in distress, and also raises a lot of interesting questions about romantic partnerships. Is it possible to counteract oxytocin’s effect to make fights and breakups easier? Does oxytocin prompt people to stay in unhealthy relationships longer than they should? There’s still a lot more research to be done on the subject, but just knowing this phenomenon exists helps us better understand our behavior in relationships.

Do you think the “crisis hormone” has played a role in one of your relationships? Tell us about it on Twitter @BritandCo.

Elizabeth King
Elizabeth King is a politics, history, and culture writer based in the Twin Cities. She is generally pretty cranky but still enjoys traveling, music from the early 2000's, and plotting the resistance. Feel free to say hi on Twitter at @ekingc or check out some of her work at www.elizabethcking.com.
Dating
Relationships
Dating study
More From Relationships