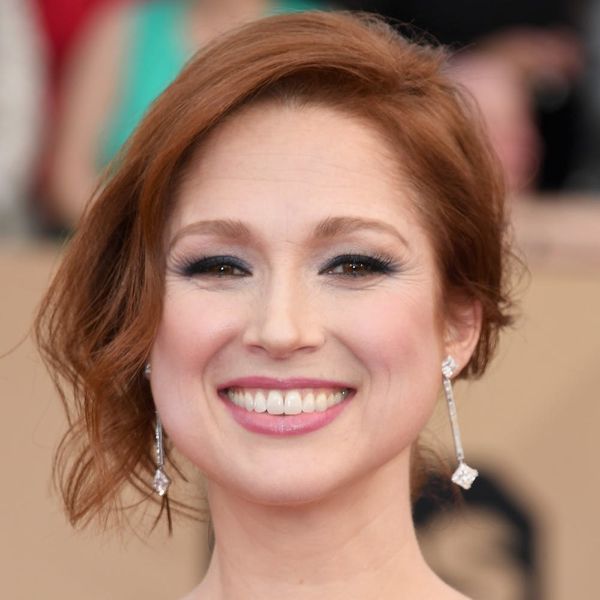 When it comes to celebrity babies, we have an unwavering curiosity about what each little star-in-the-making will look like upon their grand entrance into the world. Ellie Kemper gave birth to her baby boy James back in August, but with no Instagram or Twitter to speak of, we’ve been left to imagine how adorable her little tyke must be.

Now we need wonder no more, as Kemper has just shared the first shot of her little boy during a promo appearance for season three of The Unbreakable Kimmy Schmidt (check out the trailer here) on the TODAY show.

Giving the hosts some insight as to what life has been like as a new mommy, Kemper quipped, “Motherhood is crazy!” before making her big reveal.

It was well worth the wait — James is every bit as cute as we could have dreamed (look at all that hair!) and a reported handful to boot — that’s mommy’s wallet he’s reaching for in the shot.

The Office star revealed the squeals of delight she now expects to receive upon showing off his snaps, saying, “Now that I’m a mom, when I see a photo of any baby, I know that even if I think the baby is just so-so, you have to react, like, ‘That’s the cutest baby I’ve ever seen!’ Cause if anyone doesn’t have that response when they see a picture of James? I… leave.” After all, she says, “He’s sweet, right? He IS the cutest baby on the planet.”

See Ellie’s interview in full below.

Are you excited for season three of The Unbreakable Kimmy Schmidt? Tell us over @BritandCo.