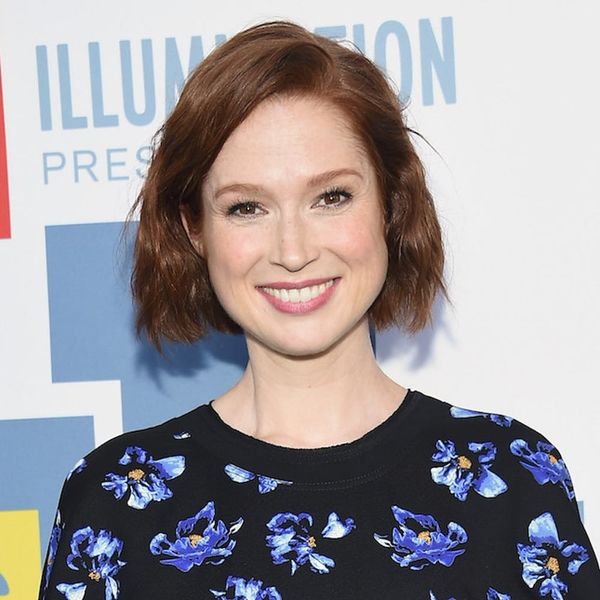 Tuesday is arguably one of the least interesting days of the week — but that’s because you haven’t checked out our morning buzz yet! From some exciting baby news to some too-real couple cuteness, check out six of today’s top news items below.

1. It’s a…well, we don’t know what it is yet actually, but People has confirmed that Ellie Kemper and her husband Michael Koman have indeed had their baby. You might remember that Ellie had basically the cutest pregnancy announcement ever back in April, when she surprised the world with the news on Jimmy Fallon. We can’t wait to learn more about this little nugget. Congrats to the growing family!

2. The Bachelorette’s Jojo Fletcher and Jordan Rodgers are engaged! Okay, so, spoiler alert etc. etc., but it’s not likely that you haven’t yet heard that Jojo picked Jordan (nope, not Robby) and that he got down on one knee to end this season of The Bachelorette. After the show, they appeared on Jimmy Kimmel and played a version of the Newlywed game called “Fiancé My Name,” and it didn’t go totally smoothly. They were able to name each others’ childhood best friends, but stumbled on questions about favorite songs and grandparents’ names. “Maybe you should spend less time watching Netflix,” joked Jimmy, referring to an earlier question where the pair said that since the show ended they’ve been in hiding Netflixing and Chilling. Ouch!

3. Miley Cyrus and Liam Hemsworth singing along to the radio and arguing in the car is all of us. Miley and Liam went from zero to one hundred real quick — if zero is refusing to talk about their relationship and one hundred is being Instagram official (and adorable!). In Miley’s latest Instagram, the pair are seen driving with their pup and singing along to Justin Bieber’s super-sing-alongable “Love Yourself.”Who knew Liam had those pipes! Soon, Liam is heard letting out a yelp, and Miley’s impatience creeps in as she says, “Babe stop, seriously!” Whatever happened (catching Pokemon while driving?), they seem to be fine, and we’d like more clips like these, please!

Taylor swift what up

4. Justin Bieber has now decided to insert himself into the Taylor Swift/Kanye West/Kim Kardashian drama because sure why not. Last night, the Biebs posted an Instagram showing him Facetiming with Kanye and manager Scooter Braun with the caption “Taylor Swift what up,” confirming his allegiance in the feud, to the disappointment of much of the commenters on this snap. There have long been “Bad Blood” rumors between the Biebs and Tay, especially since he and Taylor’s BFF Selena Gomez split. And this def won’t do anything to fix it.

5. ATTENTION TECH GEEKS: You need this levitating phone charger. A Toronto company has launched a Kickstarter to get funding for this admittedly very cool wireless phone charger that uses “magnetic force …to counteract the effects of the gravitational acceleration and any other accelerations” that cause your phone to just sit on a table like some boring ol’ phone. The OvRcharge makes your phone FLOAT AND SPIN, so you can totally pretend you’re in the future or, like, have the Force. (Image via Kickstarter)

My fight continues. I need to get my music out. I have so much to say. This lawsuit is so heavy on my once free spirit, and I can only pray to one day feel that happiness again. I am continuing to fight for my rights in New York. Thank you for all your support. The support of my fans has been so beautiful and I'm so grateful for it. I'm Not sure where I would be without you all.

6. Quote of the day: “My fight continues. I need to get my music out. I have so much to say. This lawsuit is so heavy on my once free spirit, and I can only pray to one day feel that happiness again.” Kesha has dropped her California lawsuit against producer Dr. Luke and delivered 28 new songs to her label in the hopes of moving towards releasing new music ASAP. Kesha will continue her appeals in New York, where a judge threw out the majority of her claims, to be released from her recording contract.

Are you eager to hear new music from Kesha? Let us know over at @BritandCo.