12 of the Hottest Olympic Athletes in Rio Right Now 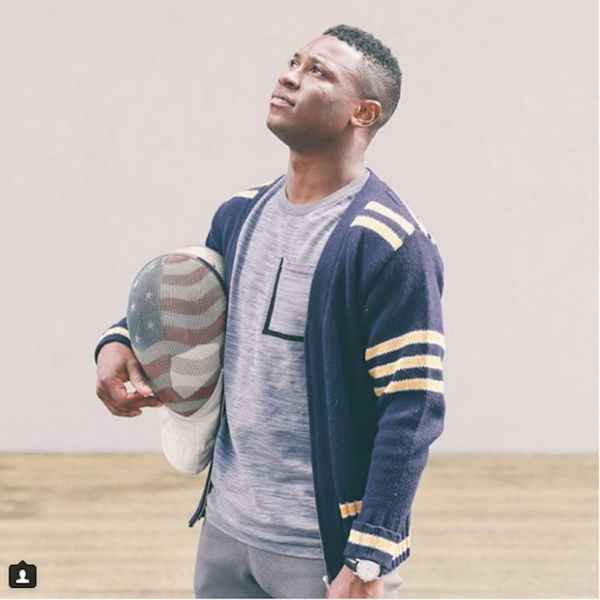 Olympians are in physical competition with each other all the time — competitions of speed, strength, endurance and flexibility. One thing they’re not in competition over is who is the hottest, so this list is definitely not a ranking. We would never presume to objectify them like that, when they’ve trained for years for this moment! That’s why, presented in no particular order, here are some of our favorite Olympians who just happen to be super babely — even though that’s not the sole reason we appreciate them. ;)

1. Jake Dalton, USA Gymnastics Team. His Wiki page says that a new element on the parallel bars was ~named after him~ this year, so he must be pretty good. That’s pretty dang impressive.

The USA Men's National Team has arrived in Japan and starts competition tomorrow vs Australia at 12am pt at the FINA Men's Intercontinental Tournament. Check the link in our profile for more information. Live streaming is expected via FINA TV.

2. The entire USA Men’s Water Polo Team. These men are literally hot. They spend a lot of their time training in the sun, and they have the tans to show for it. We just hope they’re using a good sunscreen!

HAPPY BIRTHDAY AMERICA!😍🇺🇸💪🏽 can not wait to represent the best country in the world at the Olympics. #ByeFeliciaToEveryOtherCountry #Murica

3. Kassidy Cook, USA Diving Team. Kassidy loves to rep her country — even when she’s not training for the Olympic games. We’re rooting for her to take home the gold, for SURE.

4. Ashton Eaton, USA Track & Field Team. Remember when we were all in middle school and every guy named Ashton was automatically hot? No matter what Ashton Eaton’s name is, he’d still be cute.

5. Daryl Homer, USA Fencing Team. Because even though they don’t really fence on Game of Thrones, fencing is still kind of medieval and hot, and we like that.

1st nap in Rio in the books... Still half asleep 🙈

7. Tom Daley, Great Britain Diving Team. He posts Instagram photos of himself like this — what’s not to love?!

8. Deajah Stevens, USA Track & Field Team. Deajah is a total POWERHOUSE at track and field, and this is her first year competing in the Olympics.

9. Ryan Lochte, USA Swimming Team. He just dyed his hair silver, but we think he should’ve gone for gold to really manifest his own destiny. Still, the guy looks good.

Who wants to wrestle?

10. Jordan Burroughs, USA Wrestling Team. His Instagram handle is “alliseeisgold,” and we’re totally rooting for him.

11. Natasha Hastings, USA Track & Field Team. She won the gold back in 2008, and she’s hoping to win it again this year as a sprinter. TBH, we bet all she has to do to slow down the competition is flash that killer smile.

Thinking positive thoughts for tonight! The Pan-American Games Trampoline Final starts tonight at 7pm EST. Our greatest weakness lies in giving up. The most certain way to succeed is always to try just one more time. -Thomas Edison #PanAmazing

12. Logan Dooley, USA Trampoline Team. Apparently, he knew his destiny after receiving a trampoline on his seventh birthday. We had to include him simply because the trampoline is an Olympic sport.

Which Olympic events are you most looking forward to seeing this year? Tweet us @BritandCo.

Rosemary Donahue
Freelance Editor at Brit + Co. Freelance writer everywhere. I like my dogs more than I like most people.
Olympics
Pop Culture
Olympics
More From Pop Culture