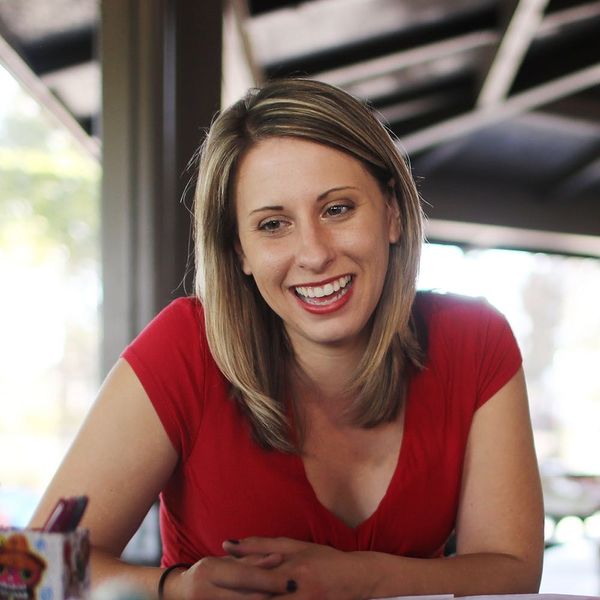 If the 2016 presidential election proved anything, it’s that polling can’t always be trusted, and nothing can be taken for granted. While Democrats are projected to make major gains in the House of Representatives in the 2018 midterm elections, this projection is predicated on Democratic candidates winning at least a few highly competitive toss-up races that could go either way.

This year, the name of the game has been health care and what candidates will do to protect preexisting conditions, placing many Republican incumbents in key races on the defensive over their votes to repeal the Affordable Care Act. But Democratic candidates in swing districts are also on the defensive against escalated attacks by the president about the Democratic party’s pro-immigration rights stances.

One thing’s for certain: We all need to prepare ourselves for results that may shock us — for better or for worse. Here are some key, close House races to watch this Tuesday.

“Abigail Spanberger is my name,” Spanberger said in her closing remarks, before promising to lead independently.

Virginia’s 7th District has elected a Republican representative for the past 60 years, and in 2016, Trump carried the district by seven points, while Brat defeated his Democratic challenger by 15 points. But this year, the race is categorized as a “toss-up,” with recent polling giving Spanberger a one-point advantage. Despite Spanberger’s unapologetically progressive politics, which include protecting affordable health care access, legalizing marijuana, passing common-sense gun control, and standing up for women’s health, the race in this Trump district is clearly anyone’s game. (Photos by Win McNamee + Jay Paul/Getty Images)

In the historically Republican district that Democratic New York Sen. Kirsten Gillibrand once represented, Democratic challenger and attorney Antonio Delgado is leading a competitive race against Republican incumbent John Faso. The NY-19 race first drew national attention when Delgado, a Black man, was criticized by opponents for his rap career.

Delgado has been endorsed by Sen. Gillibrand and former President Obama, and is running on a progressive platform of protecting the environment, access to health care, and enacting progressive tax reform.

The race is currently categorized as a toss-up, with the most recent polling putting Delgado ahead by five points, and polls before this giving Faso a narrow advantage.

In CA-48, Democratic businessman Harley Rouda is challenging Republican incumbent Dana Rohrabacher, who has served in Congress for 30 years. Rohrabacher is one of the leading Trump supporters in Congress, and has also been widely criticized for his suspect ties to Russia, leading him to be dubbed “Putin’s favorite Congressman.” Rohrabacher has also taken vocal, unapologetic stances against LGBTQ+, women’s, and civil rights in his speech and voting record throughout his time in Congress.

CA-48 voted for Hillary Clinton by a narrow margin of 1.7 points, but has historically elected Republicans. Like most other Democrats in heated, competitive swing district races, Rouda has taken progressive stances on protecting and improving the Affordable Care Act, getting money out of politics, and enacting common-sense gun safety policies. The race is categorized as a toss-up, with a recent poll placing Rohrabacher two points ahead, another putting Rouda two points ahead, and others indicating a tie. (Photos by Mario Tama + David McNew/Getty Images)

Second only to Texas’ statewide Senate race between incumbent Ted Cruz and charismatic challenger Beto O’Rourke, the race in Texas’ 7th District between Democrat Lizzie Pannill Fletcher and Republican incumbent John Culberson has drawn national attention, too. In deep-red Texas, TX-7 went for Clinton by just 1.4 points, despite how the district has elected Culberson as its representative for the past almost 20 years.

Fletcher, a business attorney and the first woman partner at her firm, is running on a platform of protecting the ACA and women’s health care, protecting immigrants’ rights, and diversifying the economy with clean energy innovation. In 2016, Culberson issued strong support for Ted Cruz’s presidential campaign, and subsequently, then-Republican nominee Donald Trump. In Congress, Culberson has voted with Trump 85 percent of the time.

The race is currently categorized as a toss-up, with Fletcher down one point in the latest polls.

In another historically Republican district that went for Clinton in 2016, Democratic challenger Katie Hill is running one of the most competitive races in the country against incumbent Steve Knight.

Hill, the former executive director of homeless people’s advocacy group PATH, has rejected funding from PACs but raised about three times the amount received by Knight. Her campaign has centered around transparency, addressing corruption in Washington, and a litany of key progressive values, such as protecting and expanding access to health care, gun safety, and expanding social security. Knight has voted to repeal the Affordable Care Act, and called social security a “bad idea.”

In 2016, CA-25 voted for Clinton by 6.7 points, but the most recent polling had Knight up four points, despite Hill taking early leads. The race is categorized as a toss-up, and will be decided by who shows up on Tuesday. (Photos by Mario Tama/ Getty Images + Bill Clark / CQ Roll Call for Getty Images)

In a district where MacArthur won his last race by 20 points and voters went for Donald Trump by six points, MacArthur likely didn’t expect to face so much pushback from constituents on his work to attempt to repeal the ACA. Now, with his lead over Kim narrowed to one point in the latest polls, experts are attributing the race’s closeness to backlash over MacArthur’s votes on health care.

Any races you’re keeping an eye on? Tell us at @britandco!