How Democratic Primary Schedule Changes Could Favor Voters of Color 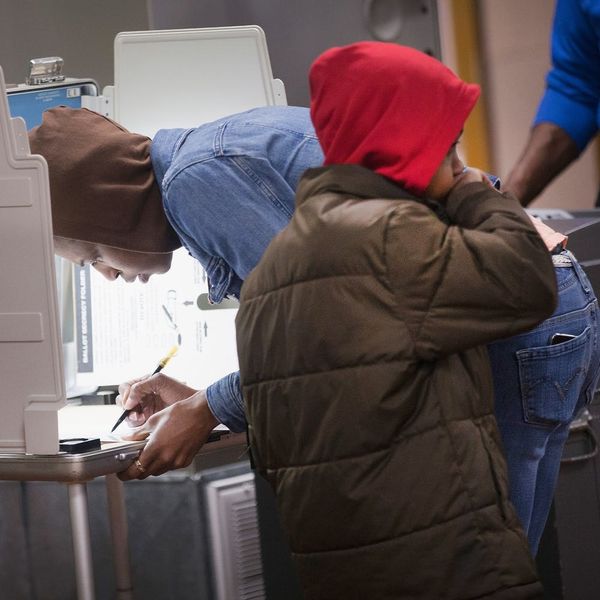 The Democratic Party has become increasingly reliant on women, voters of color, and other marginalized voting blocs to win elections. That’s why it’s so important that party leadership listens to the voices of diverse voters, who could ultimately decide the party’s future.

As such, many voters and political observers have been critical of the presidential primary system for giving voters in the predominantly white states of Iowa and New Hampshire disproportionate power in choosing Democratic presidential nominees via the Iowa Caucus and New Hampshire Democratic Primary. While those crucial Democratic primary kickoff events are set to remain in place for 2020, other changes in the party’s primary schedule could help empower Democratic voters of color next year.

One example of this is the California primary. In contrast with its early June scheduling in previous election years, the California primary will now take place in early March 2020. It will follow primaries in Nevada and South Carolina, two states with notably diverse Democratic voter populations, that are scheduled for late February 2020.

Democratic primaries in Florida, North Carolina, Virginia, Arizona, and Texas will also take place in early March. As analysis by CNN notes, granting earlier electoral access to a concentration of states with highly diverse Democratic voter populations grants Black and Latinx voters new influence in determining the Democratic presidential nominee. This could be especially consequential considering that the Democratic race is already the most crowded that it’s been since 1976. (It’s also certainly the most diverse presidential field in US history.)

Democratic primary schedule changes may not fully offset the disparate power accorded to white, rural voters when the party is continuing to hold Iowa and New Hampshire’s primaries first. But they certainly mark an important, long-overdue step in the right direction toward greater inclusivity, and give voters of color the influence and decision-making power they deserve in choosing the Democratic presidential nominee.

It was thanks to voters of color that the Democratic Party successfully seized the House and several key gubernatorial offices, and elected its most diverse congressional class in history. A nominee who can inspire the party’s most diverse wings to show up in full force could be key to defeating President Trump in a general election.

Additionally, empowering minority voters in the primary system could be a critical step toward nominating a Democratic presidential candidate who is more demographically representative of the party’s increasingly diverse future. Historically, in states with large non-white voter populations like South Carolina (which will primary relatively early on, in late February) the winner among Black, Latinx, and other minority voters has been a strong predictor for who will ultimately gain the party’s nomination. This could give an advantage to Democratic candidates of color, who are better positioned to connect with and understand the experiences and needs of a non-white electorate.