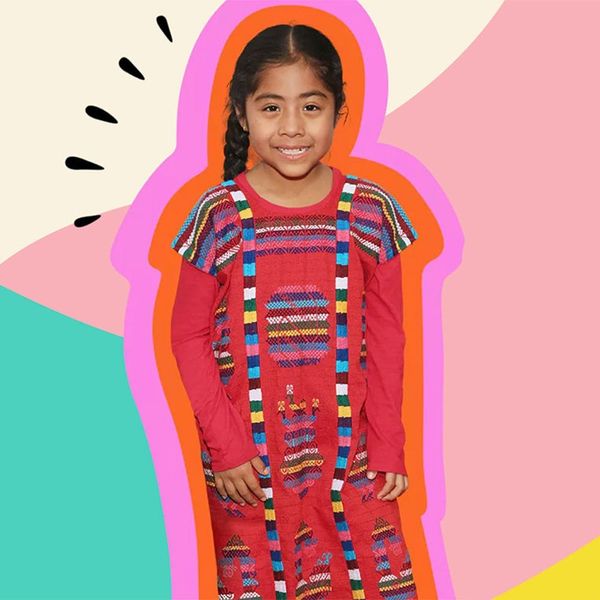 In January 2017, six-year-old sparkplug Sophie Cruz took the stage alongside her parents and little sister at the Women’s March on Washington to speak in defense of immigrants. In both English and Spanish, Cruz lit up the crowd with her call to make “a chain of love to protect our families.”Cruz’s powerful speech at the march drew national attention, but her fight for immigrant advocacy isn’t new. The pint-sized activist first ran into our hearts when she ran into the middle of Pope Francis’ Washington DC motorcade in 2015, at the tender age of five. The representation of God on Earth bent down from his Popemobile and embraced the child in his arms. A nice gesture, sure, but not what Cruz was there for. She had a message to deliver.

After the hug, she stuck by the car and made sure the Pope got his hands on a pro-immigration letter and a drawing she made of a smiling Pontiff holding hands with happy children, captioned: “My friends and I love each other no matter our skin color,” reported the Washington Post.

Cruz lives in Los Angeles with her parents, both undocumented Mexican immigrants. She took up the cause for immigration reform after learning the family couldn’t visit her grandfather in Mexico without facing trouble at the border. Not happy with that, she vowed to fix the problem.

To celebrate Cinco De Mayo 2016, she paid another visit to DC, this time to drop in on Barack Obama and be fêted as a “champion of immigration reform.” But the real heart-clencher of the visit was her parents, who were forced to wait outside the White House because of their immigration status, the Post reported. (They did get leftover empanadas wrapped in White House napkins, though. So, there’s that.)

As a young person directly affected by the country’s immigration policy, Cruz’s voice gives non-immigrants a much-needed perspective on the human impact of the issue. As a leader, she inspires other young girls to also make their voices heard. And as part of an embattled community, she reminds others like her that there is power in numbers.

“Let us fight with love, faith, and courage so that our families will not be destroyed,” she said to her fellow children of undocumented immigrants at the Women’s March. “I also want to tell the children not to be afraid, because we are not alone.”