How Donald Trump Galvanized a Generation of Latinx Activists 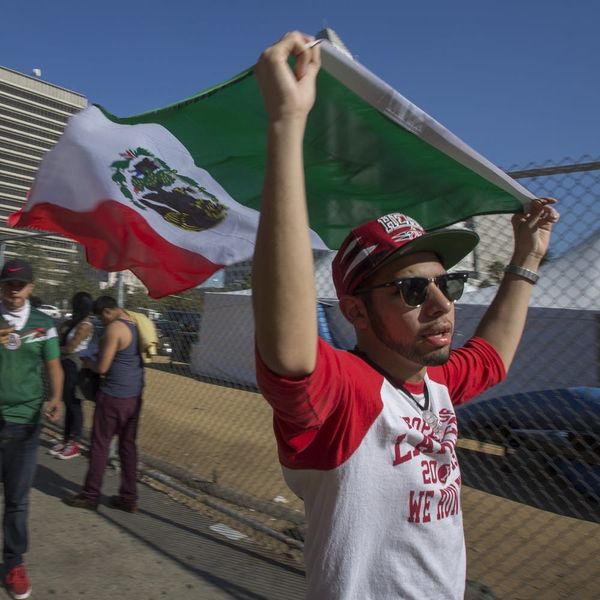 In 2015, when Donald Trump launched his presidential campaign and proclaimed that Mexican immigrants were rapists and criminals, my priorities shifted completely. I no longer cared to write about the Kardashians or whatever concert was happening that week. My sole focus became my community and how people’s lives were radically changing because of the hateful and racist words that Trump said and continues to say.

I was not the only one whose life shifted that year — far from it.

While many have chosen to run for office and restore democracy in our government, others have chosen to fight for it on the streets. Activist Jeronimo Saldaña — a loud voice of Latinx justice — has fought against Trump and his administration through various petitions, created a Make America Mexico Again hat, and even launched an inflatable Trump poop emoji that needs to be seen to be believed. But his work isn’t all fun and games — it’s also very crucial. It is through his social media that he’s been the eyes and ears for Latinx nationwide.

Saldaña tells me that before Trump got elected, he was very much organizing in his community and actively working on criminal justice reform, but now “Trump has exacerbated all of the fires.” Saldaña has been actively involved with Mijente, a Latinx social justice organization that brings attention to issues pertaining to DACA, the separation of families, mass incarceration, police brutality, and more.

“Each day brings new fires and outrage, but there seems to be the sense that more folks are taking action,” Saldaña said. “I feel twice as committed to Mijente, my political home, and to my job working on criminal justice reform than I ever have before. While the threats to our freedoms may have been hidden within the structures of our democracy, Trump has brought them to the forefront and is using them as organizing strategies.”

Like Saldaña, Luciano Gonzalez, a writer who’s on the board of directors of the Hispanic American Freethinkers, has also been galvanized by the shift in US politics post-2016. Before Trump’s presidential election, Gonzalez says that he focused on the “social” part of social justice by writing and commenting on various issues on his social media platforms. He felt those actions alone were a reasonable response to inform others about what was going on. But after the election, he realized he needed to do more.

“Shortly after the president was elected I graduated from college,” Gonzalez said. “The first thing I did after graduating from college was contact the Hispanic American Democrats of North Carolina and tell them that I wanted to get involved. I would later become the first chair of the caucus for a few months.”

He says that it was there that he learned a lot under the Trump administration, including what it means to provide ethical communication, the responsibility of journalism, and the necessity of constructive lawmaking.

“I’ve learned the importance of having a positive message and that positive actions and movements give people something to fight for, a vision to move towards instead of tearing someone else apart or tearing their beliefs down,” Gonzalez said.

Yet still, there are so many Latinx folks who don’t engage in political discourse on social media or in conversation. They’re not involved in social justice movements or protest because, as one woman tells me, she’s basically become disillusioned with politics.

Mireya Gutierrez says that her life hasn’t changed at all since Trump became president because she has her “papers” — that is, she’s a so-called “documented” immigrant — even though she does realize that for others, his presidency has a big impact. Yet, when I ask her if she’s involved in politics or social justice causes, she says: “No, because the government will do whatever they please.” She adds: “If you get in their way, they will try and eliminate you.”

Gutierrez isn’t alone. How many times have we encountered people who choose to not speak out about political matters, or who unfollow us because we post too many anti-Trump stories? Lots! It’s not that they don’t care; it’s that they’re choosing to deal with what they perceive to be more important issues, like what’s going on in their own lives.

But for people like Gonzalez and Saldaña, staying out of politics is the same as staying ignorant to the dangers that Trump gives way to every day.

“One’s own liberation is tied to the collective liberation of all our gente,” Saldaña tells me. “Our happiness and freedom does not happen in isolation, separate from the pain of others. The criminalization of our communities and the vilification of immigrants requires us all to work together, in solidarity, towards a collective freedom. Trump alone isn’t the power. He did not rise to power alone. Trump is the realization of the underlying, structural oppression existent in our society. The goal is not and has never been to get rid of Trump, but, rather, to create a society in which a Trump would never be a possibility.”

So, on this Hispanic Heritage Month, we’d like to say thank you to the many organizations like Mijente, Raices, Pueblo Sin Fronteras, United Farm Workers of America, Movimiento Cosecha, Mexican American Legal Defense and Educational Fund, Alerta Migratoria NC, the ACLU, and many more who are working for us, when many cannot.

The Brit + Co Community Voices Series aims to showcase a variety of viewpoints from our diverse audience in their own words. If you have a strong perspective, please email us [Subject: B+C Op-Ed] at hello@brit.co