This Is How Much Women Spend on Coffee Every Year 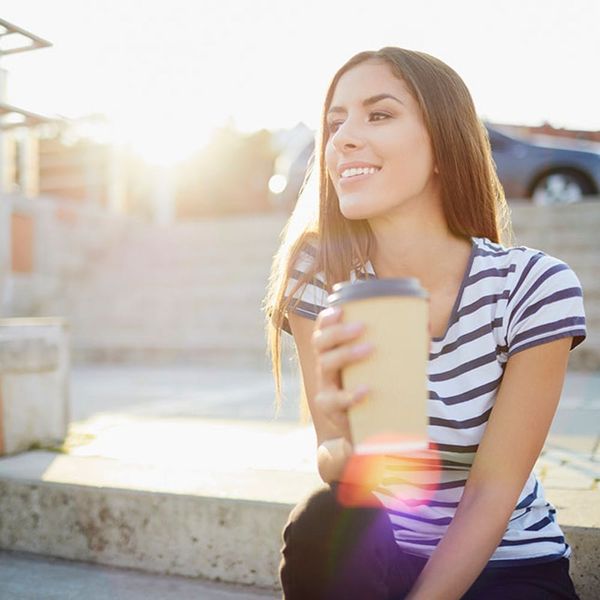 We’ve heard it before — our daily latte run is significantly shrinking our savings accounts. And while we’re inclined to believe that women winning equal pay is a much better solution to our financial woes than giving up our morning coffee habit, it is true that four dollars a day definitely adds up. Since we’re always up for reexamining our spending habits to save money, we had to know — just how much do we spend on coffee every year? Amerisleep recently polled 1,008 respondents in a study about their coffee habits to learn how often we’re consuming this beloved beverage and why we drink as much of it as we do — and we’re here to give you all the caffeinated highlights.

On average, the women polled spent $2,327 dollars a year on coffee, while the men spent around $1,934, putting the two genders on relatively even (coffee) ground(s). But when spending was broken down by age, the 25-34 bracket led by an almost $600 margin, shelling out just over $2,000 a year. And in news that will shock exactly no one, folks in the finance industry are the biggest spenders at $700 a year — with the retail industry trailing close behind at just under $600 (long hours + high stress = lots of coffee). On the opposite end of the spectrum, those in the transportation and construction industries both spend less than $200 a year, which may either mean they get their coffee fix for free in the company break room or don’t have time for a cup in the mornings.

Coffee, Give Us Life

Surprisingly, only 26 percent of respondents said the main reason they drink coffee is for energy. Almost 43 percent (the highest consensus) said they drank it simply because they like the taste. When it came to post-caffeine productivity, close to 50 percent of respondents said they felt “moderately productive” after drinking coffee and around 24 percent reported feeling “extremely productive” — which makes sense, since coffee triggers production of dopamine in the brain, helping to reduce pain and fight inflammation, and keeping you focused and feeling good. And it doesn’t hurt that numerous studies have shown that drinking coffee may help you live longer!

A classic drip coffee is the preferred bevvie of the marketing, real estate, agriculture, and utility industries. Those in telecommunications and science love a cappuccino while the people working in publishing prefer a latte. And lawyers, judges, and paralegals are all about iced coffee, no matter how cold it is outside. Gotta say, we’re all about that cold brew too. Unsurprisingly, no one chose a cat poop latte as their favorite!

How often do you grab a coffee on the go? Tweet us @BritandCo and let us know how much your caffeine habit costs you!