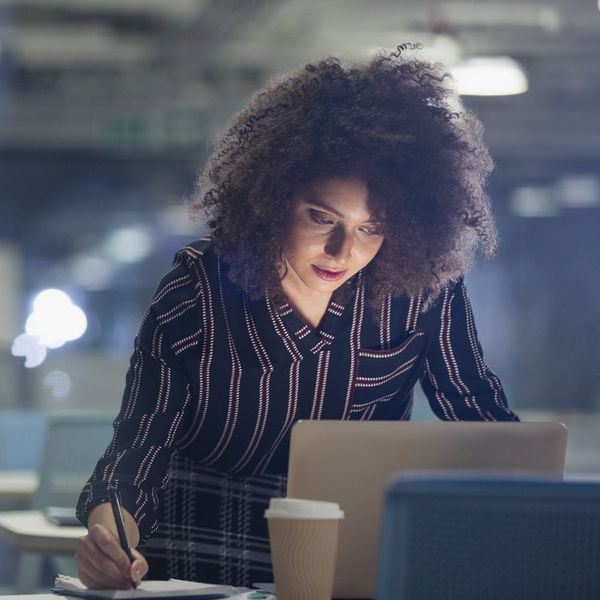 According to Equal Pay Today, the average woman makes 80 cents for every dollar the average man makes. April 10 marks Equal Pay Day, the day of the year where — when combined with her previous year’s salary — the average working woman has caught up to the earnings of the average man in the previous year. Equal Pay Day is a reminder that women are still not paid the same as men for equal work, a bias that harms women and their families. It’s also an opportunity to consider some of the best strategies for women to gain pay parity.

While Equal Pay Day recognizes the average woman’s pay as compared with white male earners, that gap varies widely among groups of women depending on factors like gender identity and race.

A 2012 report from the Williams Institute on Sexual Orientation and Gender Identity Law and Public Policy Center at the University of California-Los Angeles, there is also a pay gap between LGBTQ+ workers and straight, cisgender workers. Trans women are especially impacted by discriminatory pay and are very vulnerable to being fired because of their gender.

Emily Martin, General Counsel and Vice President for Education and Workplace Justice for the National Women’s Law Center, tells Brit + Co that it is “important to center” intersecting forms of discrimination, such as gender and race, in conversations about solutions to the gender pay gap. One of the most effective ways for women and other marginalized people to gain pay parity is through unionizing.

Employees can vote to join or create their own union, usually so that they can negotiate better pay, working conditions, and hours with their bosses. In a union, employees often have more protections, and more leverage for getting what they need and want at work, without fear of getting fired.

“As an employee, it’s always difficult to challenge your employer when you’re being discriminated against,” Martin says. “Workers are by definition dependent on employers for a paycheck and in a position of less power, which makes it really difficult to negotiate.” However, many of these obstacles are mitigated through the collective power of unions.

A 2017 report from the Economic Policy Institute states that “working women in unions are paid 94 cents, on average, for every dollar paid to unionized working men, compared with 78 cents on the dollar for non-union women as a share of nonunion men’s dollar.”

“What we’ve seen is that in a lot of the soft sciences, performance arts, language studies, music, etc., which are predominantly women-centric fields,” Wahlberg tells us, “these tend to be the lowest-paid positions and [workers in these fields] are asked to do the most work.”

But Wahlberg has noticed that unions can correct that imbalance. In 2014, adjunct professors at Tufts University organized a union with SEIU to win wage increases as high as 42 percent in some departments, “definitively closing their wage gap,” according to Wahlberg.

Beyond wages, the EPI report also says that unions improve pay for women of all races and ethnicities. Further, union workers have better benefits options, such as health insurance and paid time off. Martin says that a few of the key reasons why issues of pay and benefits are addressed so effectively in unions are that there is more transparency regarding pay.

“One of the main problems in addressing pay discrimination is that pay is draped in secrecy,” Martin says, but this is much less of an issue in unions as employees can negotiate for transparency policies. Further, unionized employees have the benefit union representatives, who are helpful advocates.

Beyond unionization, Martin tells us that there are legislative policies that can greatly help to close the wage gap. One such policy that the NWLC advocates for is a higher minimum wage.

“Women are over-represented among minimum wage workers,” Martin explains, “so when you raise the floor, women’s pay goes up.” She also says that the NWLC has urged lawmakers to enact legislation that guarantees equal pay for equal and comparable work.

For example, Martin says that a janitor (a position more commonly held by men) may make more money than a cleaning person (who is more likely to be a woman). In this case, the work is not exactly the same, but the skills and labor are comparable, which means people working in either job should be paid equally. By making equal pay for equal or similar work mandatory, women are likely to see their wages increase.

Lastly, Martin says that the NWLC recommends doing away with salary history questions during the hiring process. Since women and trans people already tend to make less at work than their cisgender male counterparts, basing a new hire’s salary on their past income makes it more likely that their lower pay rate follows them their entire careers. When new hires don’t have to answer questions about their salary history, they are more likely to be paid based on actual skill and experience. Salary history questions are already banned in several states and cities, including New York City and the entire state of California.

When it comes to the gender pay gap, it’s important to always remember that there are multiple pay gaps based not only on gender, but also race, family status, and more. Policies such as pay transparency, laws that raise the minimum wage, and unionization are some of the best ways to close gender pay gaps. The best solutions to gaining equal pay are those that uplift all women.

Elizabeth King
Elizabeth King is a politics, history, and culture writer based in the Twin Cities. She is generally pretty cranky but still enjoys traveling, music from the early 2000's, and plotting the resistance. Feel free to say hi on Twitter at @ekingc or check out some of her work at www.elizabethcking.com.
Career
Current Events
Career Feminism Work
More From Current Events