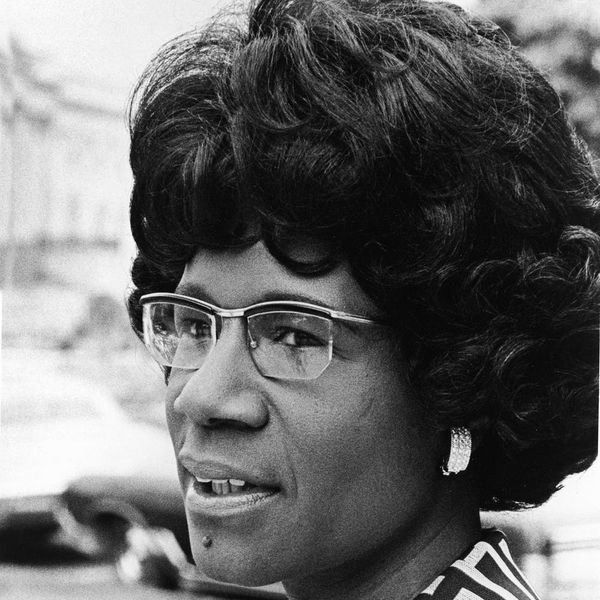 With more women elected to Congress than ever before — historical firsts like Alexandria Ocasio-Cortez among them — the 2018 midterm elections cemented this year’s place as a political “Year of the Woman.” But one politician in particular helped pave the way for this year’s diverse crop of women elected to office, changing the way women of color perceive themselves in the political landscape: Shirley Chisholm, America’s first Black congresswoman.

Born the eldest of four girls in Brooklyn in 1924 to Grenadian and Barbadian immigrants, Chisholm started her career in education and early childhood development after graduating from Brooklyn College in 1946 and eventually received her Masters in early childhood education from Columbia University. Her work with New York City’s Division of Day Care as an educational consultant eventually parlayed into a run for state politics; she became a state legislator in 1964 and only the second Black woman to serve in Albany.

Active in several volunteer political organizations, Chisholm was a member of local chapters of the League of Women Voters, the NAACP, the Urban League (a group dedicated to supporting Black voting rights in the US), as well as the Democratic Party Club in Bedford-Stuyvesant, Brooklyn.

During a court-ordered redistricting of her district, Chisholm was urged to seek the Democratic nomination for the US House of Representatives in the newly redrawn, and Black-majority community. She handily won the Democratic primary, and eventually faced off against a well known civil rights leader campaigning with the Republicans.

Perhaps surprisingly, she and her GOP counterpart, James Farmer (considered a liberal candidate), held similar views on housing inequity, civil rights, and education. The election eventually came down to gender, with Farmer arguing the community needed a man to help steer community interests in Washington. Chisholm, with her campaign slogan “unbought and unbossed,” struck back, using Farmer’s gender attacks to her favor.

“There were Negro men in office here before I came in five years ago, but they didn’t deliver,” Chisholm responded. “People came and asked me to do something … I’m here because of the vacuum.” But it wasn’t just her fiery wit that helped Chisholm during the campaign.

Much like Alexandria Ocasio-Cortez did this year, Chisholm used her community understanding and personality to draw voters to her camp. As a Bed-Stuy local (unlike Farmer, who lived in Manhattan), the former teacher was fluent in Spanish (which she used to reach out to the neighborhood’s growing Puerto Rican community), jovial and personalized her interactions with people along the campaign trail.

“I have a way of talking that does something to people,” she noted. “I have a theory about campaigning. You have to let them feel you.”

After arriving in Washington, Chisholm became known as “Fighting Shirley,” making good on her promise to constituents that she wouldn’t become a quiet rookie in the House. After being thrown onto an agriculture committee (particularly because new congresspeople don’t always get a choice on what committees they will sit on), Chisholm took her displeasure directly to the floor, eventually being moved to the veterans’ portfolio.

“There are a lot more veterans in my district than trees,” she said after landing the plum committee position. By her second and third terms, she would also sit on the committees for education and labor — two portfolios that fit with her early activism and career.

But she had her eye on a bigger prize, and in 1972, Chisholm became the first Black person to ever to seek a party’s nomination for president. “I am not the candidate of Black America, although I am Black and proud,” she said.

“I am not the candidate of the woman’s movement of this country, although I am a woman and I am equally proud of that.”

Although she never secured the nomination, her passion, her outspokenness and her fearlessness has paved the way for 2018’s class of brash women in Washington, like Ocasio-Cortez, Deb Haaland, Ilhan Omar and the other history making women of Congress.

November 30 marks what would have been Chisholm’s birthday (she passed away in 2005), and the 50th anniversary of her election to Congress. To mark the anniversaries, it was announced that Viola Davis will star in and produce a biopic of her life for Amazon, and in her honor, New York City is finally recognizing her, announcing that by 2020, the city will erect a statue in her honor outside a local park.

“We set out to correct a glaring inequity in our public spaces,” Chirlane McCray, the city’s first lady, said Thursday. “I hope that putting up the statue now will encourage even more. I can’t think about her and what she accomplished before and after her run and not think ‘Oh, maybe I should do that too, you know?’ She really set an example, for all of us.”