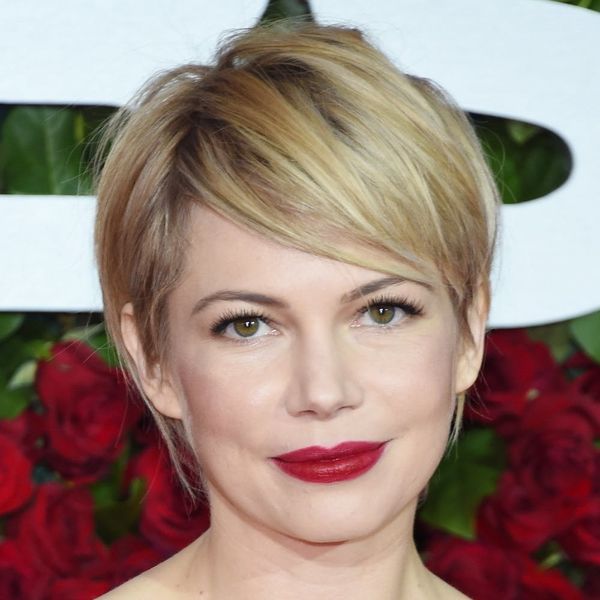 Ah, the holidays: There’s the music, the decorating, the time spent with friends and family… it’s the most wonderful time of year, right?

For some, the answer is a resounding “YES!” but as celebs such as Michelle Williams (who lost her ex-partner, Heath Ledger, in 2008) and Kanye West (who lost mother Donda in 2007 after complications from a medical procedure) recently proved, the holidays aren’t so great for others. Whether the loss occurred recently or years in the past, the holidays can bring up feelings of sadness and grief for many whose families have experienced a beloved family member’s departure.

Dr. Alan Wolfelt of the Center for Loss & Life Transition explains that significant occasions such as holidays, anniversaries, birthdays and the like can actually be the worst times for those dealing with the loss of a loved one. Known as “nodule events,” Christmas and other holidays can trigger what Dr. Wolfelt calls “grief bursts,” or a heightened sense of loss.

“It’s much more common than people are aware,” he tells us. “It’s a natural phenomenon that occurs,” and it can sneak up years after the initial occurrence.

Take Kanye West, for instance. Though his mom passed away nine years ago, it was the anniversary of her death (possibly in addition to Kim K’s reported request for a marriage break) that reportedly served as one of the leading contributors to his recent mental breakdown.

And for Michelle Williams, she’s also been missing her late partner, Heath Ledger, more than ever. Raising the couple’s now 11-year-old daughter Matilda alone is something Michelle recently admitted to Porter magazine is less than ideal.

“In all honesty, for pretty much everything else, I’m a believer in not fighting circumstances, accepting where you are and where you’ve been. In pretty much all senses but one, I would be able to totally go down that line of thinking, were it not for Matilda not having her dad,” she said. “You know that’s something that doesn’t… I mean, it just won’t ever be right.”

Hers are the thoughts — and feelings — that tend to make themselves known due to any given number of triggers around this time of year, be it the smell of cookies that your late grandma always used to bake, or a favorite Christmas song of a deceased spouse.

We chatted with Dr. Wolfelt ahead of the holiday to try to help you get a handle on how those dealing with loss can cope in the coming weeks.

HANG WITH THE RIGHT FOLKS

Dr. Wolfelt says that there are generally three types of people when it comes to helping you deal with grief. “One third are neutral,” he says, noting that while they don’t hurt you or help you, “they’re not really available in the way that you need.” Maybe they ask you how you’re doing, for example, but they don’t stick around to hear the answer.

Another type will actually make you feel worse — these are the people who love to tell you that you should be over things by now, or that pressure or guilt you into participating in holiday activities when it’s beyond your emotional capacity.

The third type of person, known as the therapeutic third, is the type Dr. Wolfelt says you need to surround yourself with during these heightened times of awareness, even if they’re just there to listen.

Despite the fact that it may feel counterintuitive at first, Dr. Wolfelt suggests that having someone there to listen might be exactly what you need in order to fully open up enough to talk about your grief and about the deceased.

“Instead of moving away from it, move toward it,” he suggests. “[If your pain keeps] trying to get your attention, give it the attention it deserves… know how appropriate it is to be in the dark before the light.”

That includes talking about not only what happened, but the person you are missing. In fact, Dr. Wolfelt recommends including them in your holiday conversations. “If you are able to speak candidly, other people are more likely to recognize your need to remember that special person who was an important part of your life,” he tells us.

If you’re feeling sad and depressed, Dr. Wolfelt says one of the worst things you can do is to conceal your feelings.

If you’re not up for a big holiday gathering, for instance, it quickly becomes necessary to set some boundaries and speak up. The doctor suggests something as simple as, “I know you’re well-intended, but I don’t have the energy,” or, “Thank you for caring about me, but I have to go home and rest.” After all, as he points out, “Keeping busy won’t distract you from your grief, but may actually increase stress.” Yikes!

This becomes even more important for those who are parents, like Michelle and Kanye are. “Kids are very intuitive,” he notes.

Not only are you running the risk that they’ll become what he calls “over-concealers” in their own adult lives should you attempt to hide your true feelings from them, not telling them what the matter is can also lead them to believe that they are somehow responsible for your unhappiness — oof.

Instead, Dr. Wolfelt recommends acknowledging your sentiments and telling them why you’re sad. That doesn’t mean leaning on them for your own emotional support, however. “You’re the adult — model that,” he says. “[It’s] not their job to take care of you.”

If you’re feeling overwhelmed, Dr. Wolfelt says it’s best to call on your own family and friends to help with the kids. After all, as much as you need — and deserve — to grieve, kids process emotion differently, and still deserve to enjoy the holiday season. “Let them be a child,” he says.

TAKE CARE OF YOURSELF

While this one may seem fairly obvious, Dr. Wolfelt points out that feelings of loss can leave you with extremely low energy levels that will naturally require you to slow down from your typical pace. “Respect what your mind and body are telling you,” he says.

Since this will also likely affect your Circadian rhythms, Dr. Wolfelt suggests three 30-minute periods of rest throughout your day to recharge your batteries.

On the flip side, you don’t want to “lock up,” as he says, or get stuck in a rut of despair: a 20-30 minute walk with one of your therapeutic third friends should be enough to get you moving and do the trick. Also suggested? Five to six tall glasses of water, as grief can also leave you dehydrated.

While grief may be your primary emotion, Dr. Wolfelt says it’s important to reflect on the memories you shared with the person you miss prior to their passing. “Memories are one of the best legacies that exist after the death of someone you love,” he writes in his article “Helping Yourself Heal During the Holiday Season.” “Share them,” he says, but keep in mind that “memories are tinged with both happiness and sadness,” and should be honored accordingly.

After all, as Dr. Wolfelt so eloquently puts it, “Love does not end with death.”

What things have you found helpful following the passing of a loved one? Tell us over @BritandCo.

From Your Site Articles
Nicole Briese
Nicole is the weekend editor for Brit + Co who loves bringing you all the latest buzz. When she's not busy typing away into the wee hours, you can usually find her canoodling with her fur babies, rooting around in a bookstore, or rocking out at a concert of some sort (Guns N' Roses forever!). Check out all her latest musings and past work at nicolebjean.com.
interview
Entertainment
interview