How to Prevent Impostor Syndrome from Hurting Your Career 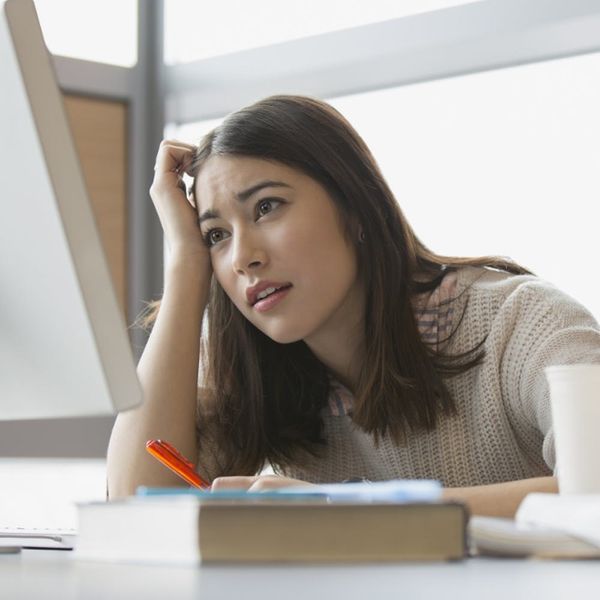 When it comes to starting out in the work world, many young people adopt “fake it ’til you make it” as their motto. But for people with impostor syndrome, this idea is easier said than done. If you’ve ever felt like your job was too much to handle and that you soon would be exposed as not really knowing what’s going on at work, you’ve experienced it. It’s understandable that when things get tough on the job, you start to doubt yourself, and that’s how impostor syndrome creeps in and takes over. Maybe you made a big mistake at work or you feel like your boss hates you, and suddenly you’re wondering if you’ll ever be good enough to be successful or you’re in the wrong job altogether.

If this sounds familiar, here’s some good news: This phenomenon is so common that researchers decided to study how the impostor phenomenon affects us at work by surveying a group of over 250 people about their career achievements and experiences with feeling like a fraud at their jobs. Based on their results, the researchers estimate that 70 percent of people feel this way at some point during their career. Interestingly, the study demonstrated that this feeling of being “fake” or believing that you’re out of place in your role is normal among high achievers but actually inhibits them from reaching their full potential. The researchers believe this is because those who experience impostor syndrome are lacking one major thing: confidence in their talent and abilities.

The easiest way to fix it if you’re thinking you might be suffering from impostor syndrome? Work on your confidence and self-esteem. Here are four simple steps to quieting your inner critic and conquering the impostor phenomenon.

1. Identify it properly. It’s important to understand why you’re having these feelings of being a fraud, explains Building Giants Founder and President Katy Caselli, an organizational psychologist. She recommends this self-scored assessment, created by Dr. Pauline Clance, as a starting point. Clance is one of the two psychologists who coined the term “impostor syndrome” back in 1978, so she’s pretty much the authority on this.

2. Set goals. One of the first things you should do to build up your confidence and get back on track is to clearly define your career objectives. “Write them out and remind yourself of them often,” suggests Katy. “This will help you dismiss fearful thoughts in favor of reaching those goals.” If you’ve got your eyes on the prize, you’ll have less time to spend doubting yourself!

3. Keep track of your accomplishments and praise. Sometimes, people who feel like they’re not good enough for their job will chalk up their successes to luck or someone else’s doing, and Katy points out that this can be really harmful. “The reality is that you did put in work, you influenced others, you ‘won’ the opportunity,” she encourages. “Count the education you have, the skills you have learned and the people who are on your side. Notice the times you do not let fear stop you. You can download a journal app to your smart phone and record your successes daily.” In addition, it can be helpful to save any positive notes you get about your performance. “Go back to these when you feel like a fraud. The evidence of your achievements will remind you that more accomplishments are ahead! Post some of these where you can see them daily, and add to your collection each time you receive some positive comment about your work.”

4. Fake it. Yup, even those with impostor syndrome can do this. When you’re doubting yourself, pretend that you’ve got things 100 percent under control. Eventually you’ll grow to actually believe in your own abilities and won’t have to fake it. “As you become used to this and gather more and more successes, you still may feel like a fraud occasionally, but you will also not let it easily stop you,” explains Katy. “Catch yourself making negative comments about your abilities (both out loud and in your head) and spend the time you need to feel prepared. It does get easier to ignore the fearful, self-critical thoughts.”

Have you ever experienced impostor syndrome? How did you overcome it? Tell us @BritandCo!

Julia Malacoff
Julia is a writer, editor and proud life-long vegetarian based in Brooklyn, NY. An avid traveler, meditation enthusiast and exercise junkie, she stays active in every new locale she visits.
science
Work
science study
More From Work