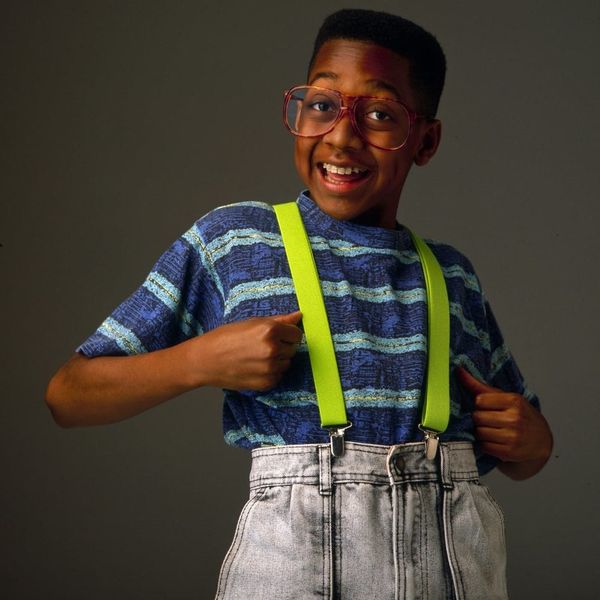 Get your binge-watching PJs ready: Hulu is on fire! Not only did the streaming service manage to snag Game of Thrones (!) and 23 other hit shows, including How I Met Your Mother, Glee, and Bones, but execs have also just announced that they’ve got a slew of ’90s sitcom faves headed your way. Woohoo!

A new deal with Warner Bros., deemed TGI-Hulu (a nod to ABC’s TGIF ‘90s Friday night lineup), will see five series filling up our binge-watching schedules. “These shows are more than just beloved hits, they were part of a cultural tradition to tune in every Friday night,” Craig Erwich, Hulu’s SVP of Content, said in a statement .“Now, it can be Friday any day of the week on Hulu.” TGIF, indeed!

Check out all the epic faves you’ll be able to stream as of September 29, below.

Family Matters aired from 1989 to 1998, introducing us not only to the lovable Winslow family (who, with three kids, dealt with everyday struggles and silly situations on the reg), but also to its breakout star Jaleel White, AKA Steve Urkel, who needs no introduction.

Step by Step was also in the TGIF lineup from 1991 to 1998. A modern-day Brady Bunch, it tells the stories of two families learning to become one, as single parents Carol (Suzanne Somers) and Frank (Patrick Duffy), both with three children from a previous marriage, marry and move in together. Cue the heartfelt family lessons!

Perfect Strangers (1986 to 1993) is another show about family differences (to say the least!), with an Odd Couple-esque twist. The show follows Wisconsin native Larry Appleton as he moves to Chicago, soon to be joined by his cousin, Balki Bartokomous. Bartokomous, who hails from the Mediterranean island of Mypos, brings all kinds of quirkiness into his roommate’s life, making for a comedic viewing treat.

Hangin’ With Mr. Cooper, a breakout hit from 1992 to 1997, starred Mark Curry as an NBA player-turned-substitute teacher who is forced to share a house with two female roommates. While they have their differences, they become a rather tight-knit family soon enough (though not without plenty of laughs and antics). It also had us wanting to sharpen our basketball skills on a regular basis, TBH.

As for Full House (though we’re sure you don’t need a refresher when it comes to that popular series), it’s the Three Men and a Baby of TV, with a widowed father relying on his brother-in-law and best friend to help raise his three girls. Heartfelt and perfectly cheesy in every way.

Which ‘90s sitcoms are you excited to watch on Hulu this September? Let us know @BritandCo!

Desiree O
Desirée O is a ‘Professional Bohemian’ who loves anything and everything related to the arts, entertainment, and pop culture. She ADORES being a ‘Newsy’ for Brit + Co, covering all of the latest tidbits of awesomeness that you want to read about. When she’s not writing, she’s either making messy art, going on long adventurous walks with her camera, or poking around over at bohemianizm (http://www.bohemianizm.com/). You can find out about Desirée O and her work at http://DesireeO.com/ or follow her on Twitter @DesireeO.
90s
TV
90s hulu Nostalgia Streaming
More From TV