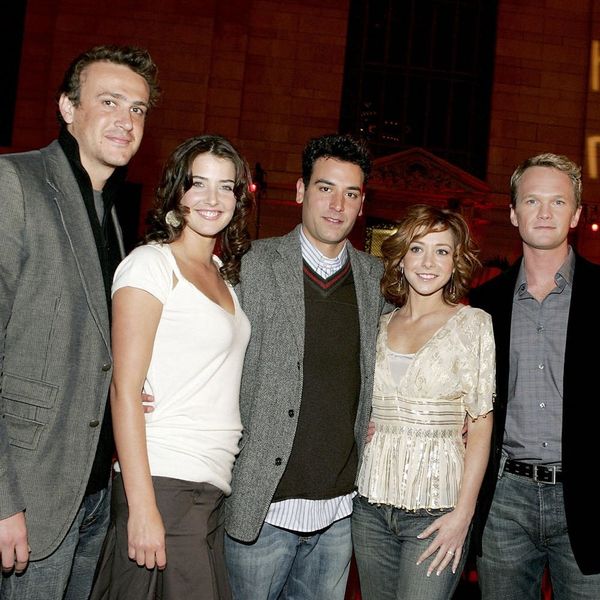 In news that might result in us never leaving our couches again, Hulu has just announced a MASSIVE deal with 20th Century Fox that will see the streaming service adding every single episode of some of our favorite shows. How I Met Your Mother, Glee, Bones, and 23 (!!) other comedy and drama series (that will total nearly 3,000 episodes) will soon be available for our viewing pleasure. These shows will surely last us a year or two — or just a few months if we sacrifice sleep, work, and all other aspects of our lives, which seems totally reasonable when you see what’s coming.

Given that Hulu recently added Game of Thrones as part of its HBO option (woo!), and announced just last week that it had nabbed the rights to Bob’s Burgers, American Dad, Futurama, and The Cleveland Show (all from Fox), this latest news puts the streaming service firmly in one of the industry’s top spots when it comes to A+ programming. Hulu will now be showing some of the highest-rated series from the past few decades, ranging from the super funny to the super dramatic. And we love ’em all!

In the coming weeks, be sure to look for comedies including Raising Hope, The Bernie Mac Show, Better Off Ted, Reba, and Life in Pieces. Dramas coming to Hulu include NYPD Blue, Bones, Glee, Burn Notice, White Collar, and The Practice. A few classic series are also being added, so be sure to tell fans of M*A*S*H, The Mary Tyler Moore Show, St. Elsewhere, Hill Street Blues, and The Bob Newhart Show.

You’ll also be able to binge-watch Don’t Trust the B—in Apartment 23, The Grinder, Blue Collar, Saving Grace, Lie to Me, and Graceland, along with cult hits including Dollhouse, Wilfred, and The Glades.

The only problem you’ll face with this selection is trying to decide which show to watch first.

Which new Hulu additions are you most excited about? Let us know @BritandCo!

Desiree O
Desirée O is a ‘Professional Bohemian’ who loves anything and everything related to the arts, entertainment, and pop culture. She ADORES being a ‘Newsy’ for Brit + Co, covering all of the latest tidbits of awesomeness that you want to read about. When she’s not writing, she’s either making messy art, going on long adventurous walks with her camera, or poking around over at bohemianizm (http://www.bohemianizm.com/). You can find out about Desirée O and her work at http://DesireeO.com/ or follow her on Twitter @DesireeO.
hulu
TV
hulu Streaming
More From TV