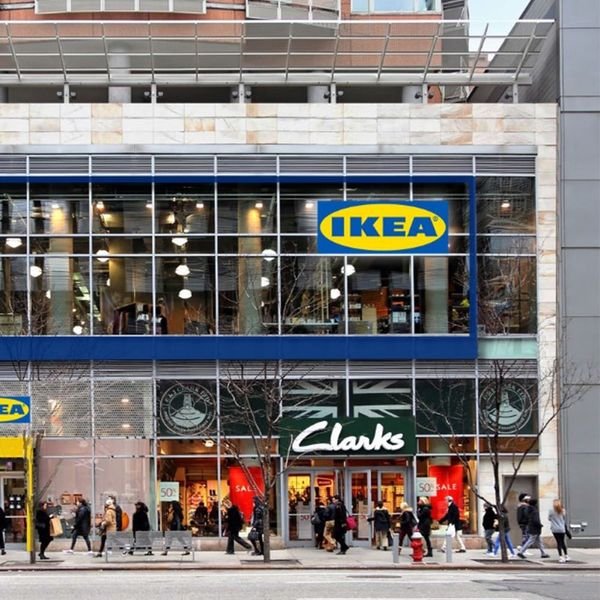 Making a bi-annual road trip to IKEA, rental car and all, is something of a right of passage for most city-dwellers. But starting in 2019, it could be a thing of the past. The Swedish retail giant has announced its plans to begin opening smaller, apartment-minded locations (called “IKEA Planning Studios”) in urban centers. And they’re starting with Manhattan.

“New York City is the natural choice to open the first city center store. It’s the most vibrant, dynamic city in the US, and the epicenter of retail, business, and culture,” says Lars Petersson, Country Manager for IKEA Retail US. The Planning Studio idea came about after input from New Yorkers themselves. And as such, it’ll focus on what Manhattanites need most: organization (and plenty of it). The studio will include lots of small-space savvy features and apartment-friendly solutions for visitors to test out and experiment with, much like the showroom floor of a full-sized IKEA. The difference, however, is that shoppers will select items to then be delivered directly to their homes. (So you won’t be seeing people transporting MALMs on the 6 train anytime soon.)

The new store concept is just the latest in a series of changes made by IKEA, aimed at focusing on those in urban areas. The store’s new, lower-priced shipping and delivery services, Click & Collect feature, and TaskRabbit assembly partnership are all part of an effort to make IKEA shopping more accessible to busy city-dwellers, especially those who may not have vehicles handy. With this new store rollout, IKEA is making it easier than ever for New Yorkers to shop their collections. The Planning Studio is due to open at 999 Third Avenue, NY in spring of 2019, though the actual opening date has yet to be determined. Until then, we’ll be listening to the word on the street.

Excited to shop IKEA in NYC? Tweet us at @BritandCo!

Emily Bihl
Emily Bihl is a freelance writer and sometimes-songwriter currently undoing a lifetime of healthy eating in the great city of New Orleans. When she’s not writing, she can be found covered in clay at the ceramics studio or attempting an approximated downward dog. She likes her black labrador Selkie, unexpected anagrams, and cracking the sugar on creme brûlée with the back of a spoon.
Home Decor
Home News
Home Decor IKEA Interior Design Small Space Living Small Spaces