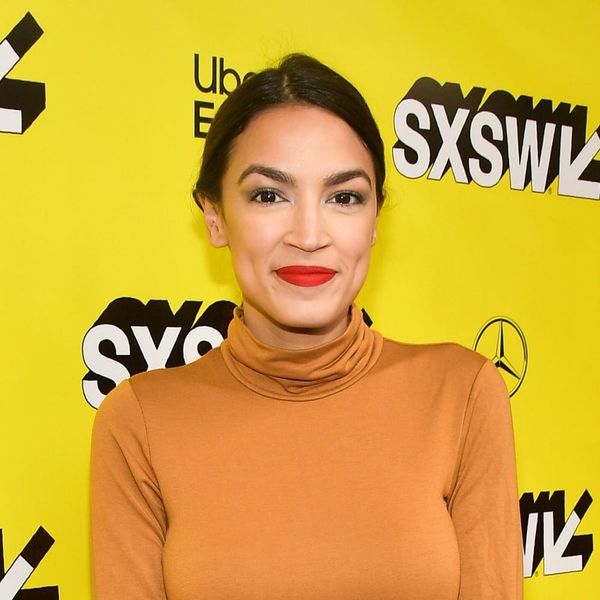 We still have more than 18 months to go before the 2020 presidential election, but there’s already an emerging trend in the way we’re talking about female candidates versus their male counterparts.

According to an analysis of some 130 (and counting) news stories by Storybench, a digital news project out of the Northeastern University School of Journalism, women candidates are being described in negative terms at a higher rate than male candidates. The study, which is ongoing, examined stories written for the most popular mainstream digital news sources, including TheNew York Times,TheWashington Post, CNN, and Fox News.

Of course, not every instance of negative coverage is related to sexism in media — some reflect legitimate grievances with a candidate’s voting record or personal conduct. But even when accounting for these factors, the study has identified a disturbing and familiar pattern: We’re harder on women.

Various studies over the years have confirmed that gender biases are present in media coverage of political candidates. While we should hold the press accountable for its coverage, it’s not the fault of the media that this sexism exists in the first place. Rather, their coverage is reflective of the subconscious and internalized attitudes about gender that affect all of us, to some degree, and shape our discussions.

TAKING CHARGE OF THE NARRATIVE

Many women running for public office take advantage of social media in order to take control of their public narratives; in fact, research has shown that women candidates tend to use Twitter more than their male counterparts. Freshman representative Alexandria Ocasio-Cortez has become somewhat known for her use of Instagram, and Twitter especially, to communicate directly with her supporters.

But the use of social media doesn’t get women candidates nearly on equal footing with men. On social media, women in general face disproportionate amounts of harassment, especially sexual harassment. Women running for office, and women in office, are no exception. While social media can help women candidates get their messages out on their own terms, it’s clearly not a complete solution to contending with unfair biases in the press.

However, men running for president tend to receive more coverage overall, and less negative coverage than their female counterparts. The absence of chatter over their “likability” factor means that male candidates have coverage of their campaigns more squarely focused on their political track records and policy ideas, an advantage compared to women who have to deal with punditry about their shoes and makeup.

HOW WE CAN HELP

The responsibility for change lies primarily with gatekeepers in the media industry, but readers play a critical role as well. In general, news consumers can and should challenge themselves to examine their own sexist biases against women, and see how those biases are informed by or underscored in the press. Everyone who lives in a patriarchal society (which is to say, all of us) needs to push back against harmful views of women that manifest not only in coverage of women running for office, but how women are viewed and treated in general.

Across various industries including STEM, film and television, higher education, and business, women are held to double standards and face a series of never-ending misogynistic obstacles that can never be fully overcome. Women are typically paid less for equal work compared to men and given harsher performance reviews in various fields. These barriers are compounded for women of color, queer and trans women, and disabled women.

The solution for covering races for political office lies not in subjecting male candidates to the same silly, gendered objections that have nothing to do with policy, nor in not scrutinizing women running for president, but rather in focusing on issues relevant to what kind of an impact a candidate will make as president.

Sexist treatment of women in high-profile positions is also a general reflection of how all women, in general, are treated. Similar sexist stereotypes and treatment of women are rampant both in and outside of politics, and to some degree, are internalized by many women.

WE CAN STILL TURN THIS AROUND

Though it’s early in the campaign season, there’s no good reason that coverage of 2020 candidates can’t stay tightly focused on issues — it’s not as if there’s a lack of problems that need solving right now. With barely a decade left to take decisive action on climate change, the humanitarian crises that have resulted from immigration policies, health care, and student loan debt, there should be no time for discussing whether or not a woman candidate smiles enough.

There are far too many urgent, real matters to get to the bottom of that simply can’t and won’t be addressed adequately in sexist reporting. What matters most, for any political candidate regardless of gender, is what they are most likely to do if they win the office. This can be sussed out through critical interviews, an examination of past voting records, speaking to constituents, reviewing policy plans, and so on. There’s nothing of political value to be gleaned from wallowing in sexist tropes.

If there’s any single trend to be hopeful about, it’s that women running for office have lately been more likely to call out sexism themselves, according to a CNBC report from September of last year. In the past, women running for elected office typically shied away from addressing sexism leveraged against them head-on, but the current political moment has made it almost impossible to avoid.

In the 2018 midterm elections, some women candidates directly confronted sexist slander against them, both in the press and on their own social media accounts. Addressing sexism has become part of how many women seeking elected office in the wake of the resurgence of #MeToo and TIME’S UP have begun to run their campaigns.

Unfortunately, ideas about what would make someone a good or effective president are largely informed by gender, as well as race, education, class status, and so on. It’s on us to seek out the coverage we want to read and amplify it on social media — and to reach out directly to the news editors at our favorite publications and ask for more like it.

Looking for politics coverage that lifts women instead of putting them down? The Women’s Media Center is a good place to peek. (And while you’re at it, take a stroll through the Issues section right here at Brit + Co!)

Elizabeth King
Elizabeth King is a politics, history, and culture writer based in the Twin Cities. She is generally pretty cranky but still enjoys traveling, music from the early 2000's, and plotting the resistance. Feel free to say hi on Twitter at @ekingc or check out some of her work at www.elizabethcking.com.
Be the Change
Politics
Be the Change Feminism Politics