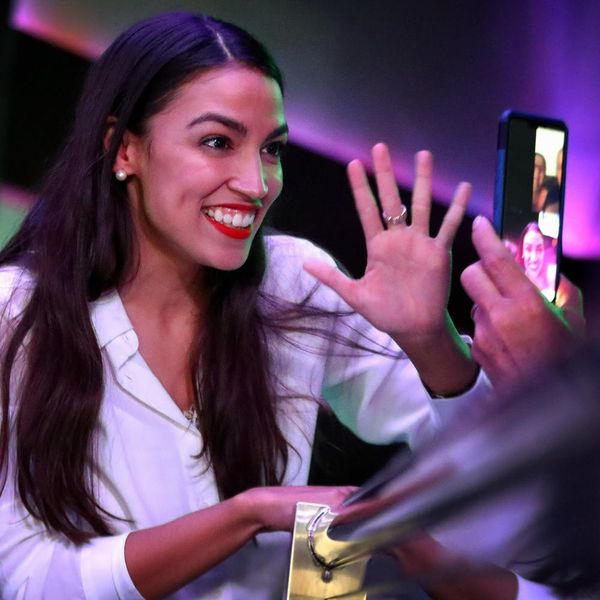 Following the sometimes trying, but always entertaining journey that congressperson-elect Alexandria Ocasio-Cortez has gone on this year in her journey to elected office, we’ve learned so much about the electoral process and what happens between Election Day and Inauguration Day, which happens nearly three months later.

Now, Ocasio-Cortez is using her social media prowess to give us an insider’s look at just what happens when newly elected legislators arrive at the capitol, sharing Instagram stories that give us the civics lessons we didn’t know we needed.

In the last week alone, the 30-year-old Democratic Socialist from New York has taught us that before inauguration, newly-elected officials can’t take a salaried job — which has meant, in her case, being forced to live off the meager savings she squirreled away at the start of her campaign until she can actually afford to move to Washington.

We also learned that for first-timers like her and the other history-making congresspeople heading to DC, there is often confusion among Washington insiders over who’s who. For the young Latina upstart, that confusion has expressed itself in people confusing her for a DC intern or political spouse. But now that she’s there and learning how to do the job she’s been elected to do, Ocasio-Cortez is pulling back the veil that has kept so many of us from fully understanding how our government even works.

Elle points out that, over the last few days, she’s shown herself sitting with her cohort of newly-elected women in the House, given us a sneak peek at the secured technology she’ll be using for work, and shown us that there’s a yearbook with info on every single freshman to help people in Congress learn who their new colleagues are.

Beyond that, Ocasio-Cortez’s wonder, excitement, and surprise at how things happen at the federal legislative branch not only shed light onto what’s historically been an old boys’ club (and a highly secretive one at that) but also make the world of politics feel accessible for millions of Americans who may never have been politically engaged before.

While other politicians (we won’t name names!) may opt to use their social media to divide the electorate, or simply provide rote information for their constituents, Ocasio-Cortez is bringing youth and excitement to DC, and to political communication. She’s allowing us all to learn alongside her, to get a taste for how Washington runs, and even giving us a glimpse at those first-day jitters — something we can all relate to.

Representation matters, especially in politics. And beyond the racial, age, and gender groups of the new cohort of elected officials, following this journey from working-class American to federal legislator puts us right in the action, bringing hope and trust to the people. And that’s what politics should truly be about.