Women Are Stronger Than Men and Even Science Says So 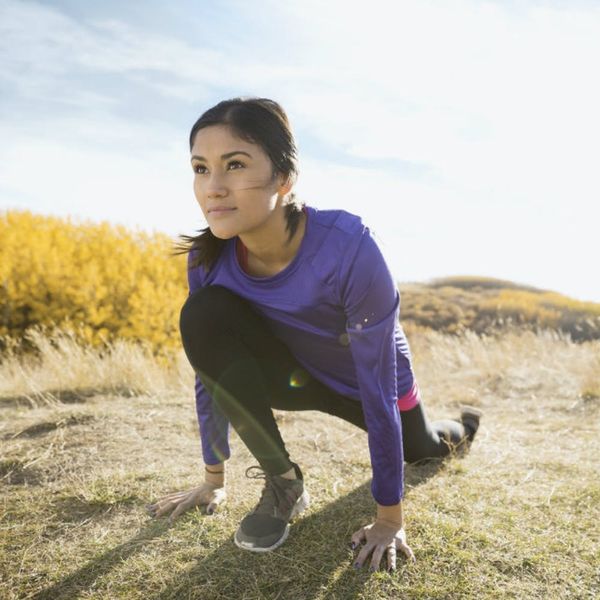 All our lives, teachers, pop culture, sports, and even our parents tell us that men are stronger than women. Men are rewarded for athletic prowess, where muscular women are mocked; men and women compete in sports separately; and casual conversations about gender equality inevitably take a loop through “but men are just physically stronger” territory. But a group of researchers who define strength as more than just muscle capacity and who is likely to win in a wrestling match see women as the stronger gender, and are on a mission to find out exactly why.

As research routinely demonstrates, women tend to outlive men by several years. In fact, women not only live longer, but they physically thrive better than men throughout life. And if living isn’t the most important strength a human can have, then what is?

In a feature for The Guardian published Sunday, Steven Austad — a researcher who studies aging — says, “Pretty much at every age, women seem to survive better than men.”

Because women are living longer and recovering from illness and trauma better than men, Austad believes that women are the answer to myriad questions about aging, and even prolonging life. Pointing to the massive gender gap that appears when examining extreme old age, Austad and a small number of other researchers are dedicated to discovering what it is about women that makes us better survivors.

Austad’s line of research elucidates the idea that there is more than one way to think about strength, and also turns the idea that men are the strongest gender on its head. After all, if men aren’t living as long as women, how can we claim that they’re tougher, stronger, or physically “better” than other genders in any way?

Men are treated as superior to women in virtually every regard: They’re thought of not only as physically stronger, but smarter, better suited for leadership, and overall deserving of better treatment than women (just look at the wage gap and the gender make-up of CEOs if you need evidence). All of this is based on the faulty idea that men are just better equipped for modern life, a notion Austad’s aging research challenges. If men aren’t actually more robust or tougher than women, what other gender stereotypes that lift men up while holding other genders down aren’t necessarily true?

It’s important for society, and each of us in our daily lives, to seriously consider all the ways we’ve been told men are superior to women, in strength and virtually everything else, when the truth is something very different. Women survive better than men: it’s a scientific fact. If we’ve been fed a false story about male strength, what other claims about male superiority can we discard as outdated and, ultimately, sexist? The question is not which gender is “better,” but how we can make sure we’re reacting to facts, not just assumptions that are made to put men in a position of power.

Hopefully, as more research and conversations about gender take center stage, everyone will be inspired to think critically about how and why we make assumptions about people based on their gender, and whether those assumptions are accurate. It’s not about which gender is “better,” but making sure each gender is treated equally well.

What do you think about using science to shatter gender stereotypes about strength? Tell us on Twitter @BritandCo.

Elizabeth King
Elizabeth King is a politics, history, and culture writer based in the Twin Cities. She is generally pretty cranky but still enjoys traveling, music from the early 2000's, and plotting the resistance. Feel free to say hi on Twitter at @ekingc or check out some of her work at www.elizabethcking.com.
Gender
Womens Health
Gender Womens Health
More From Womens Health