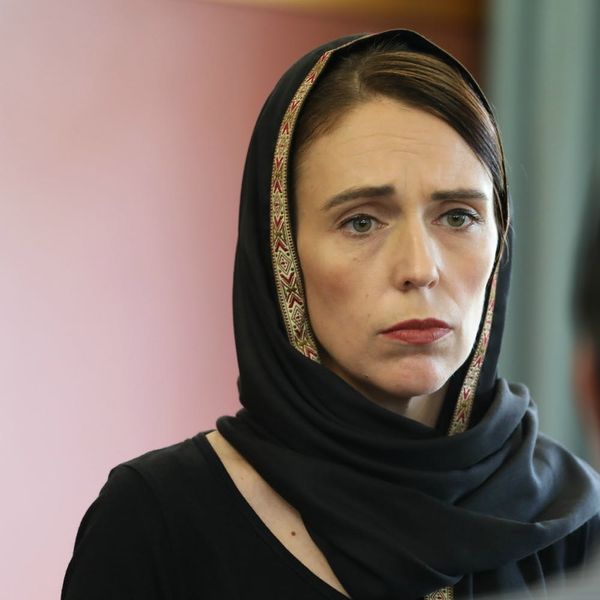 In the wake of the deadly terrorist attack at two mosques in Christchurch, New Zealand, the people in New Zealand have come together to mourn, support each other, and create change. And taking the lead through it all is the country’s youngest-ever Prime Minster, Jacinda Ardern.

Amid a global outpouring of support for the victims as news of the attack broke, Ardern jumped into leadership mode. Right away, she denounced the attack and its perpetrator. Of the victims, who were targeted because of their immigrant status and Muslim faith, she proclaimed to the international stage: “They are us.”

She also assured attack survivors, and the relatives of slain victims, that they would be eligible for grants to help cover funerary costs and offer broad financial support during their period of recovery. Ardern made clear that these grants, which would be covered by New Zealand’s Accident Compensation Corporation, would be available to everyone affected by the attack, regardless of their citizenship status.

World leaders and pundits have applauded how the 38-year-old PM has demonstrated that leading with compassion can sow the seeds of change. And while many marvel at the prime minister’s actions, her leadership during New Zealand’s worst peacetime terror attack shows why it’s so important that we elect more progressive women in global politics.

Ardern’s first meaningful move was that she wasted no time in labeling the attack “terrorism” and calling out racism and white supremacy in the country. She then rushed to Christchurch — a city 273 miles from the country’s capital of Wellington — to honor victims and survivors of the attack, and reassure them that their country was standing beside them.

“We are very focused in ensuring you have the support that you need in the days and the weeks and the months that follow,” the PM reportedly told congregated family members after the attacks.

Beyond her assurances of governmental help for the survivors of the attacks, Ardern announced on Monday, March 18, that her coalition government would be creating sweeping and permanent changes to the country’s gun laws to ensure that no civilian can have access to the kinds of assault weapons used in the attack — a decision made by her unified cabinet and presented to the leader with her full support.

While the parties that make up the official government iron out the details, Ardern told gathered reporters at a press conference that the measures will probably look a lot like those enacted in Australia in 1996 after a massacre left 35 people dead, and could become law in 10 days or less.

The shooter in Friday’s attack — an Australian national — has also spurred Ardern to start a public inquiry into what was known about the man before the attack. His access to weapons and his troubling social media usage could have been red flags to New Zealand government agencies, and Ardern wants to know how much (if anything) officials knew, and why he wouldn’t have been flagged.

“The purpose of this inquiry is to look at what all relevant agencies knew or could or should have known about the individual and his activities, including his access to weapons and whether they could have been in a position to prevent the attack,” she told reporters during her Monday conference.

Ardern excited Kiwis when she entered the race just seven weeks before the nation’s 2017 general election. “Jacindamania” quickly took hold due to the youthful candidate’s infectious optimism and positivity. When the then 37-year-old won, becoming New Zealand’s youngest leader ever — and the youngest world leader at the time — her three-party coalition government was formed.

Ardern’s campaign slogan, “Let’s do this,” inspired the people of New Zealand, and when she announced her pregnancy in early 2018, she lived it. After being the first world leader in 30 years to give birth while in office, Ardern continued to surprise by becoming the first world leader to bring a baby to the UN General Assembly. She paid out-of-pocket for her partner, television personality Clarke Gayford to join her in New York to care for their baby while she worked.

When she was first elected, many in New Zealand (and the world) wondered if they’d voted for style over substance with the plucky young PM. But watching videos of Ardern donning a head scarf while comforting survivors, firmly reminding her nation (and the world) that Islamophobia is dangerous and unwanted — and even reportedly telling President Donald Trump that what is needed now is “love and support for Muslims” — shows just how powerful and empowering progress is.