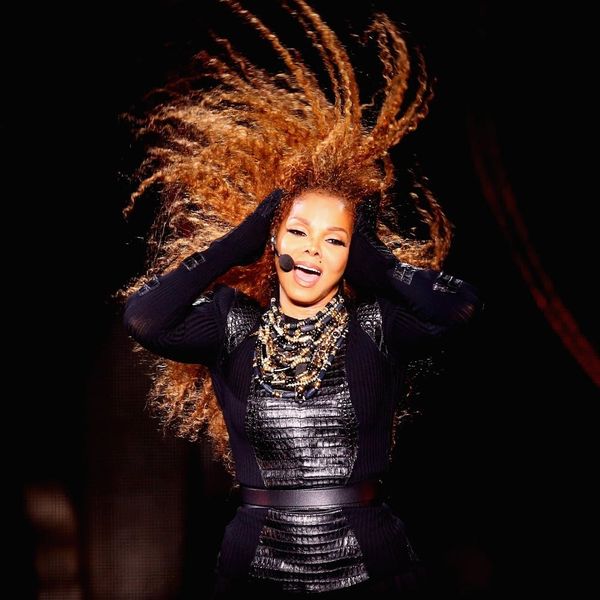 Janet Jackson has had a wild couple of days, announcing just yesterday that at two weeks shy of 50 she’s expecting her first child, and now one day later, she’s dropped a brand new music video — and dammn, baby!

Sharing the third single off her album Unbreakable via her Twitter account, Ms. Jackson (if you’re nasty) added, “It’s all about Love… #DammnBaby” We hear ya and we love it.

In a sleek and shiny black ensemble, Janet not only looks amazing but shows that she still has the moves while singing, “Don’t nobody tell you what you can do, shut that down…” It seems like the perfect anthem for a soon-to-be new mama who might be hearing some negative chatter about her age.

With shades of the signature Jackson sound, a totally fun beat and a chilled-out breakdown mid-song, this could very well be your fave jam of the summer. When you hear Janet’s final “dammn” at the end, you’ll be hooked!

So, dammn, baby, check out the video below.

It's all about Love… #DammnBabyhttps://t.co/VxlKAlrfbK

Are you loving Janet Jackson’s Dammn Baby? Tweet us @BritandCo!