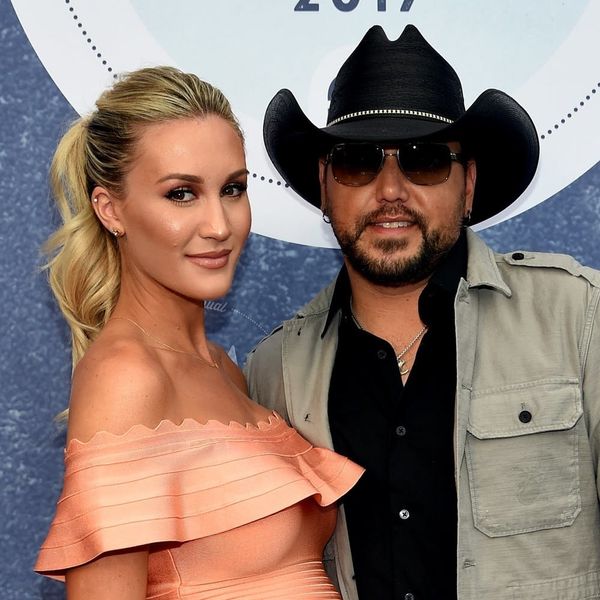 One week after the shooting at the Route 91 Harvest Festival in Las Vegas left 58 people dead and more than 500 people injured, singer Jason Aldean and his wife Brittany returned to the city to honor the victims who died and to visit those still recovering in the hospital.

Feels surreal being back in Vegas today. Visiting some of the strongest people we have ever met... fighting the toughest battle of them all... for their lives. You have helped us try to begin the healing process by seeing the strength each one of you have. Thank you for today. We will never forget. #vegasstrong 🙌🏼

“Feels surreal being back in Vegas today,” Brittany captioned a picture of the couple standing near the site of the shooting. Brittany had previously shared a harrowing account of running from gunfire at the festival, calling her and her husband “the lucky ones” for having survived the deadliest mass shooting in modern US history.

“Visiting some of the strongest people we have ever met… fighting the toughest battle of them all… for their lives,” she continued. “You have helped us try to begin the healing process by seeing the strength each one of you have. Thank you for today. We will never forget.”

According to the University Medical Center of Southern Nevada‘s Facebook page, the country singer spent time visiting with shooting patients on Sunday.

“Our extreme gratitude to country music star Jason Aldean for visiting UMC today,” they captioned a picture of him outside the hospital. “Jason spent time with our patients who were critically injured during the Las Vegas shooting. His visit helped heal hearts and cheer those who were wounded in this tragedy.”

Aldean previously canceled the concerts he had booked over the weekend, but will resume his They Don’t Know tour on Thursday, October 12, at BOK Center in Tulsa, Oklahoma.

In a show of unity the marquees of the Las Vegas Strip will go dark at 10:05pm in tribute to the victims and their families. #VegasStrong pic.twitter.com/GOk3TnK7jq

Vegas itself paid tribute to the victims this weekend too. On Sunday night at 10:05pm, in honor of the victims and their families, the Vegas strip dimmed all of its marquee lights.