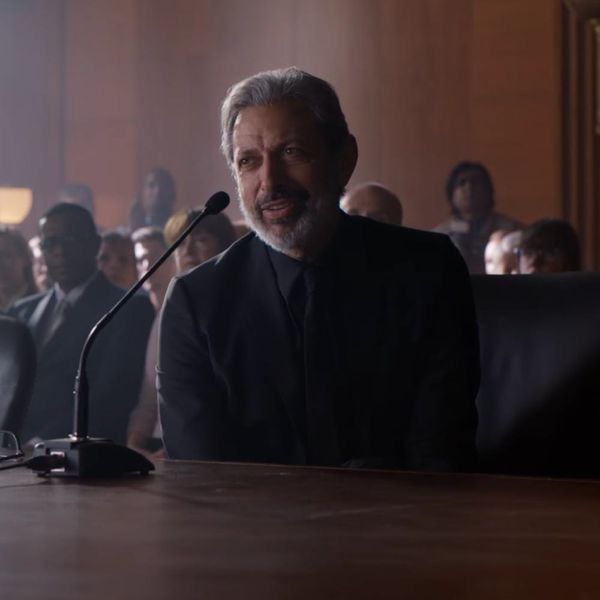 Dr. Ian Malcolm is back! That’s right, Jeff Goldblum fans — if you’ve always had a crush on the actor and can recite every word of his “Your scientists were so preoccupied with whether or not they could, they didn’t stop to think if they should” speech from Jurassic Park, this news is going to totally make your day. Dr. Malcolm is returning to the world of dinosaurs for Jurassic Park: Fallen Kingdom, as seen in a new teaser for the movie.

The teaser takes us behind the scenes of the action-packed sequel. A full trailer will be released on Thursday, but from the looks of things, Bryce Dallas Howard and Chris Pratt are about to find themselves in some serious trouble (again).

The two are joined by familiar faces, including Dr. Henry Wu (played by BD Wong), as well as new characters such as Benjamin Lockwood (played by James Cromwell).

Wishing the happiest birthday to @jeffgoldblum!

But TBH, we’re most excited over the news that Mr. Goldblum is returning to the franchise. Even Pratt is a little star-struck, saying, “Jeff Goldblum — not gonna lie, that’s pretty awesome.” Pretty awesome, indeed.

In the teaser, we see Goldblum sitting alone at a table in what appears to be a courtroom. He may be a little older than when we last saw Ian Malcolm in 1997’s The Lost World, but he hasn’t lost any of his charm. “Here I am talking about dinosaurs again,” he quips for the cameras.

The full trailer for Jurassic World: Fallen Kingdom will drop tomorrow (Thursday, December 7), with the film set to hit theaters on June 22, 2018.

Are you excited to see Jeff Goldblum stepping back into his role as Dr. Ian Malcolm? Let us know @BritandCo!