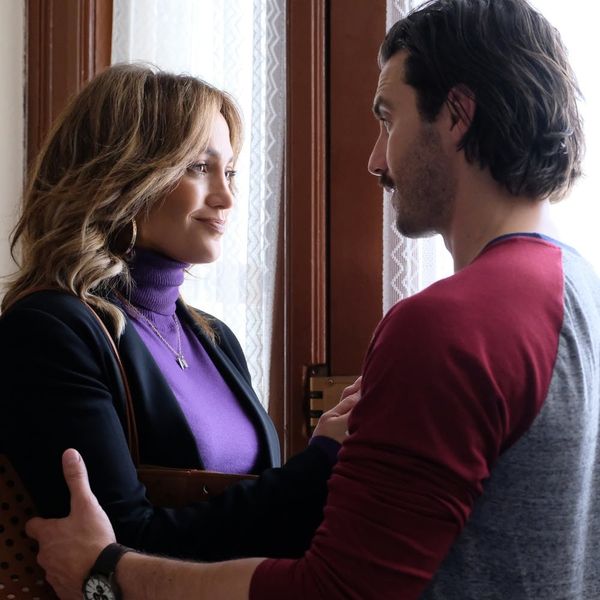 When we found out that Milo Ventimiglia was set to star in Second Act alongside Jennifer Lopez, we had no doubt that they would be the perfect movie duo. And apparently Lopez felt the same way, as Ventimiglia revealed in a new interview that the actress herself insisted that he be cast as her on-screen love interest.

“I got a phone call that said, ‘Hey, Jen’s doing this movie and she really wants you. And she doesn’t want anybody else. She wants you,‘” Ventimiglia recalled to Entertainment Weekly. “So I was like, okay!”

In the comedy, Lopez plays Maya, a big-box store employee who sets out to prove that street smarts can bring her just as much success as a college degree. Ventimiglia appears as Trey, Maya’s longtime boyfriend.

“[Jennifer] is so welcoming, warm, and she’s right there with you playing this relationship that, on screen, is very real, and off screen is just camaraderie amongst artists,” he explained. “So I didn’t feel pressured because of these other great romances she’s had on camera. But what I did feel was a duty and a responsibility because she’s my friend to make these two people very real.”

The bigger challenge was doing Second Act while also performing some truly heart-wrenching scenes as the beloved (yet doomed) Jack Pearson on This Is Us. “I filmed over the course of a month and I kind of went back and forth from LA to New York when I could between the show,” he said. “While I was burning down the Pearson house, I was also arm-in-arm with Jennifer.”

Are you excited to see Milo Ventimiglia and Jennifer Lopez together in Second Act? Let us know @BritandCo!