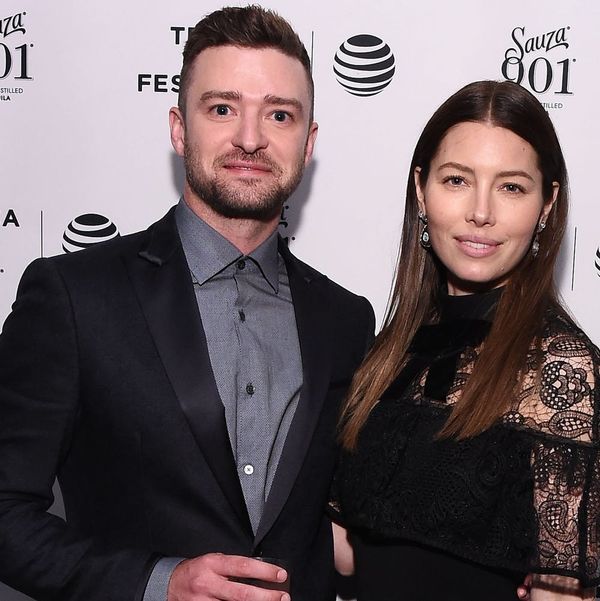 The Devil and the Deep Blue premiered at the Tribeca Film Festival earlier this week and its producer/star Jessica Biel was on hand to talk about her uber-pregnant working experience. As well as what it was like being hubby Justin Timberlake’s boss.

That being said, Biel doesn’t deny it was an “unusual working experience. I really had this kind of natural mama bear, like I want to go home and nest my world,” she told Refinery29. “You really do go through that thing where you just want to be home like knitting things, doing weird things that you would never do. At the same time, I really wanted to be on set because this was our baby.”

Towards the end of the shoot, however, Biel confessed she simply “couldn’t think about being on my feet any longer and trying to remember my lines and also be calm for my body. I see why women don’t work in that capacity when they are really, really pregnant, because it’s a lot of strain on the body and mentally weird.”

FLEXIN' on Fathers Day... #HappyFathersDay to ALL of the Dads out there from the newest member of the Daddy Fraternity!! --JT

Another unusual (but totally dream-worthy) aspect of this project? Becoming Timberlake’s boss as he assumed the role of composer. The 34-year-old beauty joked about taking advantage of her power, but was quick to note there was absolutely no micromanagement from her part.

“He speaks another language than we do,” Biel gushed. “It’s like math. He’s like doing math equations back in the back room.” That statement alone is giving us major #RelationshipGoals.

Have you – or would you – ever work with your significant other? Tweet us @BritandCo.

Barbara Pavone
Barbara Pavone is a pop culture-obsessed writer based in beautiful (but ridiculously cold) Montreal, Canada. When she's not working, she's sipping on a Pimm's Cup and daydreaming about her celebrity hero, Saint West.
Pregnancy
Movies
Pregnancy