Why Jet Lag Is Worse When You’re Flying East 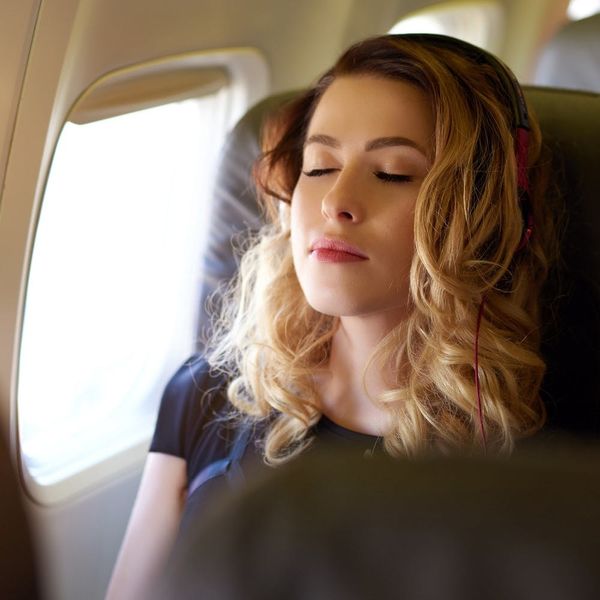 Jet lag is awful wherever you’re flying. Trouble sleeping, exhaustion, and a general feeling of ickiness are pretty standard for international or cross-country trips. But have you ever noticed that it’s way easier to recover when you’re flying west than east? Well, you aren’t imagining it. Scientists even conducted a study to explain why you feel such an uneven effect depending on which direction you fly. Finally, a reason that adjusting back to NYC is so hard after your 30th birthday bash in Cabo — other than all the strawberry jalapeño margaritas.

Jet Lag vs. Your Internal Clock

Staying up until 1am before a trip packing, hustling to the airport at the last minute, and then sitting in a cramped airplane seat is exhausting. And while that travel tiredness does contribute to how bad your jet lag is, the main reason you struggle to recover after stepping off a plane is that it’s hard for your circadian rhythm — your internal clock — to rapidly adjust to a new time zone.

A study published in interdisciplinary science journal Chaos studied the relationship between circadian rhythm and the direction of travel on a cellular level by looking at your body’s timekeeping cells. The study’s lead author, Zhixin Lu, explains why they’re significant: “Circadian pacemaker cells in the brain can be treated as many tiny clocks,” where their synchronized vibrations “provide people with a sense of time.” Lu continues, “After rapid travel that crosses several time zones, the time clue from those tiny clocks suddenly becomes several hours ahead or behind of the new local time, and as a result, one experiences jet lag.” These little clocks determine the hour with sunlight cues, so when you land in a super-different time zone from where you took off, your body gets really confused when it tries to tell the time, and, in turn, your sleep gets really out of whack. Say hello to jet lag.

Most people’s internal clocks are set at about 24.5 hours. So without the light cues that inform the pacemaker cells, your body wants to have a little bit of a longer day. When you travel east, your day is shortened, which means your internal clock needs to work hard to catch up. The same isn’t true of flying west, since you’re basically just handing your body (and those pacemaker cells) some of the extra time it naturally wants in a day. And yes, it makes a difference whether you’re naturally an early riser or night owl, which can make jet lag worse for some people.

Jet Lag by the Numbers

Researchers also conducted some impressive math in order to estimate how long it takes you to recover based on how many time zones east or west you’re flying. They found that traveling across three time zones will take you four days to recover from if going east, but only three days if you’re flying west. When taking a major international trip, the east-bound impact is massive: If you’re traveling east across nine time zones, expect to be recovering from jet lag for almost two weeks! Traveling west across nine time zones, you should be adjusted within eight days.

The scientists also back up the common wisdom about setting your watch to local time and trying to adjust from the get-go. “Our model suggests that individuals should get as much exposure to sunlight as possible after arrival,” Lu shares. “If the destination is very cloudy or the traveler must spend a lot of time indoors, an artificial light source during the daytime hours and darkness during the night” is recommended. Or you can just spend all your vacation days in Hawaii from now on.

How will this major jet lag difference affect your next vacation? Tell us where you’re heading @BritandCo!

Whitney Akers
Whitney is a writer that's equally drawn to the energy of a big city and the peacefulness of the Redwoods. If she's not lucky enough to be on an international adventure, you'll find Whitney enjoying all the urban hikes, used bookstores and fancy cocktails San Francisco has to offer.
science
Travel
science study
More From Travel