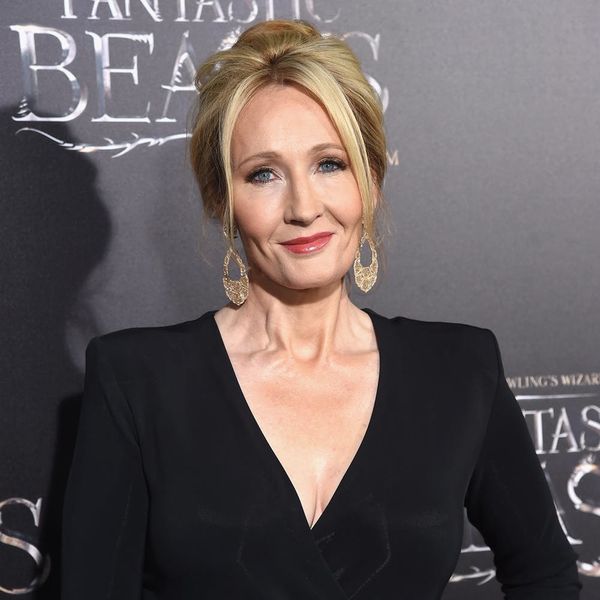 JK Rowling has a seemingly never-ending supply of Harry Potter revelations (and hints about Fantastic Beasts 2), but her latest project is a step away from the wizarding world. After successfully turning her work into movie franchises and plays, the outspoken author is now turning her attention back to television. The Cuckoo’s Calling, which Rowling wrote following the Harry Potter series, has been adapted to a BBC series called Strike: The Cuckoo’s Calling and is set to premiere on August 27 in the UK.

Rowling famously published The Cuckoo’s Calling under the pen name Robert Galbraith. The novel later became part of the Cormoran Strike trilogy, which follows the eponymous character’s crime-solving life as a private investigator in London with his assistant, Robin Ellacott. Actor Tom Burke will play Strike on the TV show, while Holliday Grainger will play Ellacott.

Rowling certainly seems to have a magic touch, but don’t hold your breath for any wizardry in this show, or even any Sherlock hat tips, as tempting as that may be for a London-based detective show. As the show’s executive producer Ruth Kenley-Letts told The Guardian, Strike will be portrayed as the hardworking, non-magical man he is.

The Strike series is here. #TheCuckoosCalling. Based on a novel by @jk_rowling, writing as Robert Galbraith. Starts Sunday 27th August. 9pm. pic.twitter.com/4GtpVzpBRw

“What makes Strike an exceptional investigator is that he just works very hard,” Kenley-Letts explained. “He’s not like Sherlock — blessed with the ability to see everything. He’s a former soldier who lost a leg in Afghanistan and who had a difficult upbringing. He’s not magical. There’s something appealing about that. It makes a nice change to have a show where the crimes aren’t solved in a clever-dick way but because they put the effort in.”

Rowling knows a little something about putting in the effort. Tom Edge, who worked with her to adapt the series, described her as “someone who cares deeply for her characters, so she was never just going to throw over the books and say, see you next year.” He continued, “She was incredibly supportive, very generous — and always able to articulate with real precision when a character moment wasn’t working.”

Will you be watching Strike: The Cuckoo’s Calling? Tell us @BritandCo!