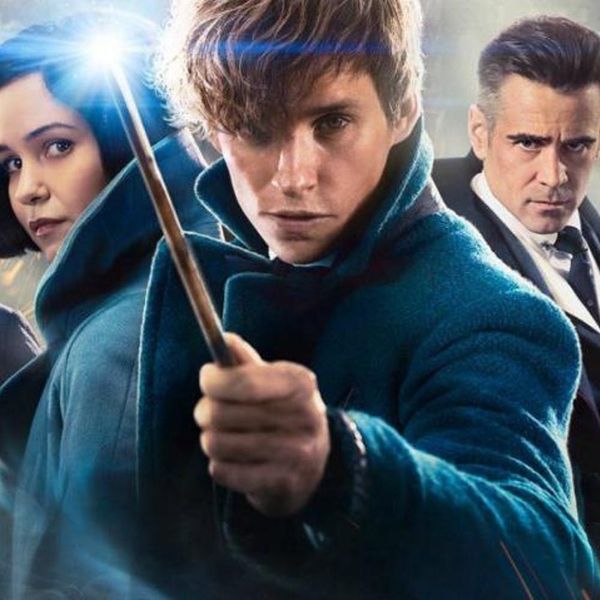 Fans are already freaking out over the future of the Fantastic Beasts’ characters and the prequel wizarding world of Harry Potter. News that Johnny Depp would be joining the franchise stirred up quite the controversy, while Jude Law’s casting as a young Dumbledore had fans divided over the epic role. Now, JK Rowling has taken to Twitter (this time NOT to take down trolls) to give us a HUGE hint about Fantastic Beasts 2.

Hopping onto Twitter yesterday to let fans know what she’s been up to, the world-famous author sent out the message, “Today I’ve rewritten until my brain feels like a used teabag & I daren’t reread in case I can’t sleep for hating it. #JobSatisfaction.”

Fans couldn’t resist the urge to ask her about Fantastic Beasts 2, knowing fully well what she’s toiling away on…

@jk_rowling how is going fantastic beasts 2???

Though, TBH, Rowling wasn’t so sure…

I'll know tomorrow morning, when I read the rewritten bits I did today 😱 https://t.co/Cu2ZUICv1X

And when fans kept asking about various deets, the wizarding wordsmith highlighted one tweet that she claims is a big spoiler…

What might that potential spoiler be? Here’s the question that’s sparked the biggest hint we have so far…

This points (very strongly) to the possibility that Newt’s patronus is going to be a key part of Fantastic Beasts 2. Because we know that a patronus can be influenced by a loved one, we can’t help but think this is somehow linked to the fact that Newt’s childhood love, Leta Lestrange, will appear in the next film, played by Zoë Kravitz. Now, it looks like she might be even more influential to Newt (and the situations that he finds himself in) than we first suspected.

What do you think about the patronus hint? Let us know @BritandCo!

Desiree O
Desirée O is a ‘Professional Bohemian’ who loves anything and everything related to the arts, entertainment, and pop culture. She ADORES being a ‘Newsy’ for Brit + Co, covering all of the latest tidbits of awesomeness that you want to read about. When she’s not writing, she’s either making messy art, going on long adventurous walks with her camera, or poking around over at bohemianizm (http://www.bohemianizm.com/). You can find out about Desirée O and her work at http://DesireeO.com/ or follow her on Twitter @DesireeO.
Harry Potter
Pop Culture
Harry Potter twitter
More From Pop Culture