Joanna Gaines’ Baby Shower Had the Most *Adorable* Theme 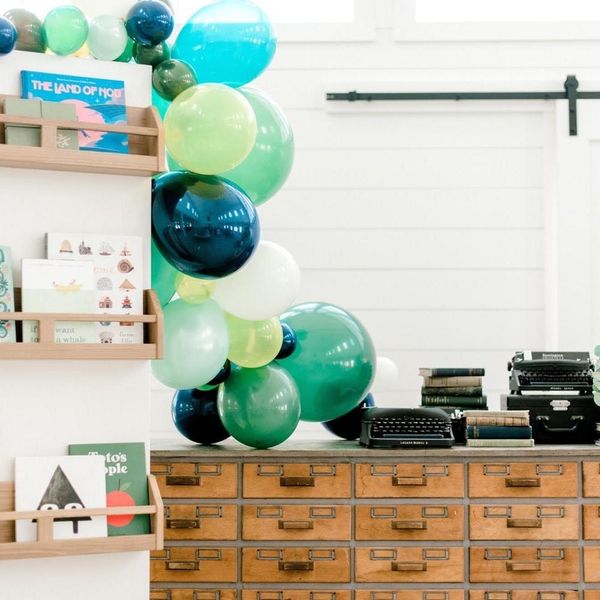 If you’ve been following along with Chip and Joanna Gaines from the days of Fixer Upper to the birth of their little ones, we have some photos from their recent shower for baby number five for that’ll make your Magnolia-obsessed heart flutter. Of course, every detail of the book-themed shower for baby Crew was flawlessly executed, but the most aww-worthy aspect of it all was the reason for the library-style party in the first place. Keep scrolling below to learn more.

According to the now mama-of-five, the kids dictated the tone of the affair based on their excitement for their newest family member. “Sometime early on in my pregnancy, I remember the kids talking about how excited they were to read all of their favorite books to Crew once he was born. That spurred the idea to create a small library wall of sorts in his nursery. When I told my friends about it, they decided to host a book-themed shower,” she says on her blog.

The day was an all-hands effort by friends of the celebrity pair and members of the Magnolia team. For starters, the Magnolia visual design crew created a massive blue-and-green book and balloon display that “popped” against the party’s all-white setting.

Beyond the statement-makers, the sweet details that followed were just as notable. Ahead of the day, each guest was sent an invitation with an old-school library label to customize and include inside a book for the new babe. Once they arrived, attendees sat down to a place setting adorned with a v. on-theme bookmark, notebook, and pencil capped with a flower seed filled tip. All in true Magnolia fashion.

And let’s not forget the incredible “build your own charcuterie” display. Rather than a seated or plated lunch, this snackable spread served as a welcome addition at the casual affair. Let’s just say, going back for seconds was definitely encouraged.

Joanna’s favorite part of the occasion? The antique card catalog. Here, each friend was encouraged to add a special message to be filed away for Crew to enjoy someday. “I hope one day, when he’s older, he’ll read through all of these sweet notes and feel all the love that surrounded him that day,” says the Fixer Upper star.

To get your fix on the rest of this adorable event, check out the photos on Joanna’s site. If one thing we’re sure of, it’s that we’ll be bookmarking this one as inspo for our own occasions to come.