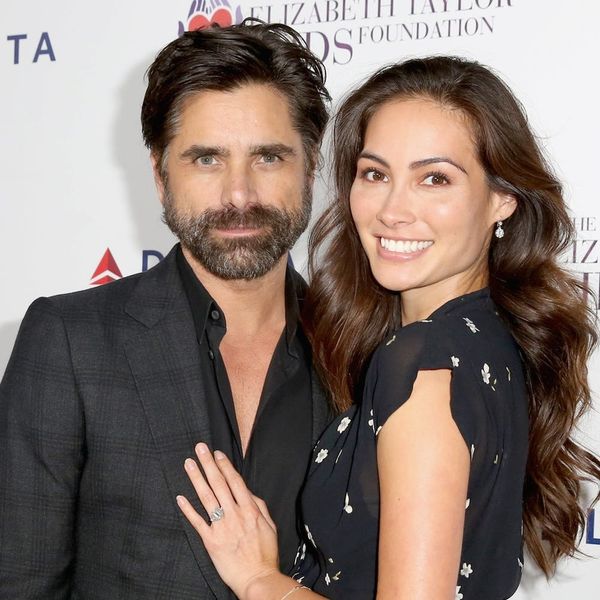 He’s “not just an uncle anymore.” John Stamos revealed that he and wife Caitlin McHugh have welcomed their first child — a little boy whose name holds so much meaning.

“From now on, the best part of me will always be my wife and my son,” Stamos shared in an adorable black-and-white Instagram. “Welcome Billy Stamos (named after my father).” Stamos — most famous for his role as Uncle Jesse on the Full and Fuller House series, joked that he’s #NotJustanUncleAnymore, and also said that he’s “#overjoyed.”

The couple first revealed they were expecting back in December, but had kept the sex of the baby a secret throughout the pregnancy. Shortly after making the announcement, Stamos posted a tribute to his late father on Instagram as he reflected on becoming a dad himself. “I will certainly fall short of the father my pop was, but — I’m going to give it my all!” he wrote, sharing a photo of the two of them.

The 54-year-old actor has been very vocal about how excited he was to be a dad, previously telling People that he was ready to put all his years of on-screen parenting to use in the real world. “I’ve been practicing for a long time,” he joked. “I’ve done every schtick you can do with a baby on TV … all the bits and jokes and diaper gags. I’ll probably just do all that stuff.”

Just two months before Stamos and McHugh announced they would be welcoming their first child, they got engaged with a romantic Disneyland proposal. Four months later, they tied the knot in Los Angeles in an intimate ceremony before partying at Stamos’ Beverly Hills home into the evening.

Baby Billy is their first child. Congrats to the growing family!

What do you think of baby Billy’s name? Let us know @BritandCo!