A Movie Version of Judy Blume’s Classic ‘Are You There God? It’s Me, Margaret’ Is (Finally) in the Works 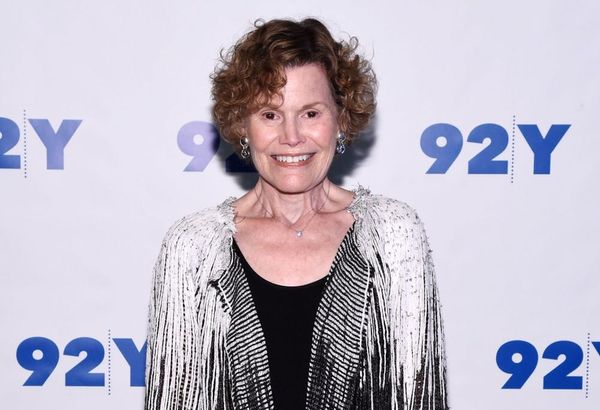 The recent success of novels-turned-movies like To All the Boys I’ve Loved Before and Crazy Rich Asians has everyone watching for the next great book-to-screen adaptation. And this might be it: On Thursday, October 18, Deadline reported that author Judy Blume is finally game to turn her classic YA novel Are You There God? It’s Me, Margaret into a film. We already can’t wait.

According to Deadline, Blume has granted the rights to James L. Brooks’ Gracie Films production company (which produces The Simpsons), and Kelly Fremon Craig, best known as the director, writer, and co-producer on the coming-of-age film The Edge of Seventeen, starring Hailee Steinfeld.

Are You There God? It’s Me, Margaret was first published in 1970, and while readers have been asking for a movie version for some time, Blume had been reluctant to accept offers to adapt it over the years. The YA novel is based on some of Blume’s own experiences as a sixth grader, and explores not only the young protagonist’s struggles with choosing between her mother’s Christianity and her father’s Jewish religion, but also classic early-adolescence issues such as puberty, buying that first bra, having your first period, and liking boys — subject matter that may seem commonplace now, but in its time, was considered controversial.

“It is this rite of passage for women and girls,” Fremon Craig told Deadline. “It’s rare for me to run into a woman or girl who hasn’t read it, and every time I’ve mentioned it to a woman, they clutch their heart and let out this joyful gasp. There’s something so timely and full of truth and I remember for me that at that age, it felt like a life raft at a time when you’re lost and searching and unsure. This book comes along and tells you you’re not alone. Women remember where they were when they read it. I can’t think of another book you can say that about.”

So far, the film is in just the early stages of development.

Are you excited for the adaptation of this classic book? Let us know @BritandCo!