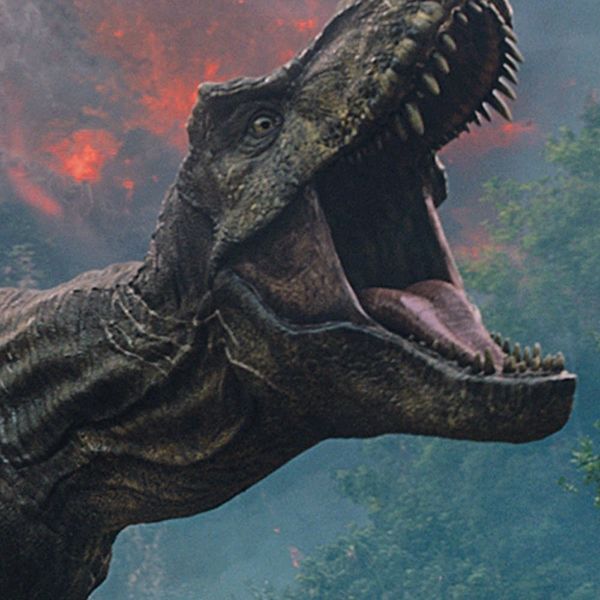 Jurassic World: Fallen Kingdom is set to open in theaters on June 22, 2018, and we can’t wait to dive right back into the dinosaur-fueled action. But the people behind the scenes are already looking ahead to the next film in the franchise, which now has an official release date.

According to Variety, the third Jurassic World movie is scheduled to hit theaters on June 11, 2021.

Yes, that does sound like a long time to wait, but with Emily Carmichael (Powerhouse) joining Colin Trevorrow as the movie’s co-writer, and Steven Spielberg and Trevorrow returning to act as executive producers, we have no doubt that the follow-up will be just as stunning as the first Jurassic World film (and, we hope, the second too).

“It’s important to this franchise that we welcome new creative voices to keep our storytelling fresh and alive,” Trevorrow said, according to Variety, referring to the addition of his new writing partner. “I know Emily will add another layer of emotion to the concluding chapter of our trilogy.”

While there’s no word yet on whether Chris Pratt and Bryce Dallas Howard will return for the third film in their roles as dino-wrangler Owen Grady and park employee Claire Dearing, Trevorrow has previously spoken about how the second movie will help set the stage for the 2021 release.

“At the end of [Fallen Kingdom], it’s not a cliffhanger, but it’s designed for people to want to know what’s going to happen next, whereas the earlier Jurassic Park movies had pretty clear definitive endings,” he explained, according to Entertainment Weekly. “They were much more episodic. In working with Derek Connolly, my co-writer [on Fallen Kingdom], we were also thinking about where it was going to go in the future.”

We can’t wait to see what that dinosaur-filled future holds!