Justin Bieber Playing Pokémon Go Is All of Us 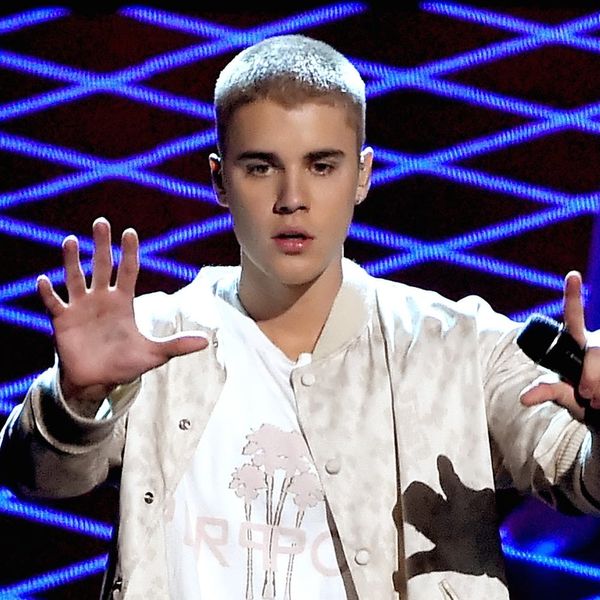 Unless you’ve been living under a rock, you’ve undoubtedly noticed the latest craze sweeping the nation: Pokémon Go. The app lets you be a trainer IRL and gets you moving while you catch your fave Pokémon in your own world, and it’s pretty stellar. Now, it turns out that even one of the most famous musicians in the world isn’t immune to Pokémon Go’s powers. That’s right: Usher’s protegé, Justin Bieber himself, was spotted in Central Park last week, trying to catch ’em all.

This is amazing @johnny lol. @justinbieber and @alfredoflores in nyc looking for Pokemon and no one looks at who is next to them. 😂😂😂😂😂😂😂

In the early hours on Monday, Justin’s manager and friend Scooter Braun posted a video on Instagram of Justin running in a big crowd of people, all in an effort to catch a seriously rare Pokémon: Gyarados (FYI, otherwise you’d need, like, 400 Magikarp candies to evolve one). Oh, and the best part of all this? Justin didn’t even have to wear a disguise, because everyone was so wrapped up in playing Pokémon Go that no one even recognized him. “This is amazing…[Justin] in NYC looking for Pokémon and no one looks at who is next to them,” Scooter wrote in the caption with a bunch of laughing emoji.

Eventually, though, Justin was noticed, and a fan caught him on video saying, “Gotta catch ’em all.” It’s cool, Justin — no one is immune to the lure (get it?!) of Pokémon Go.

What would *you* do if you had a choice between meeting Justin Bieber IRL and catching a Gyarados? Tweet us @BritandCo!