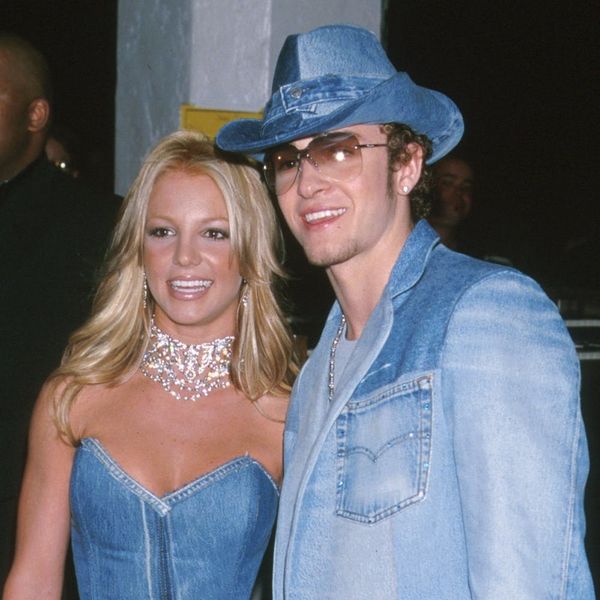 2001 may not seem like that long ago, but in fact, it’s been 15 long years since Justin Timberlake and then-girlfriend Britney Spears walked the AMA red carpet in head-to-toe denim. Yep, that iconic look that is still burned into our brains and sparked endless headlines is still a topic of convo for the now 35-year-old married father. And while we all may have our opinions on that epic style choice, Justin himself has a thing or two to say about it as well.

According to HelloGiggles, while Timberlake was chatting with the folks over at The Project, he had some wise words learned from his experience, saying, “If you wear denim on denim, it will get documented.” Noted. And agreed. Even if you’re not a celeb, there’s a good chance your friends will morph into insta-paparazzi the minute you walk through the door in a full-on denim get-up.

There are rare times when folks may be able to pull-off double denim, but Justin doesn’t feel like he’s the one to do it. At least, not in the red-carpet look he was sporting. “You know what, I don’t think even I could even bring that back.” And that’s probably best, IMHO.

15 years later, what do you think about JT’s denim-on-denim look? Tweet us @BritandCo!