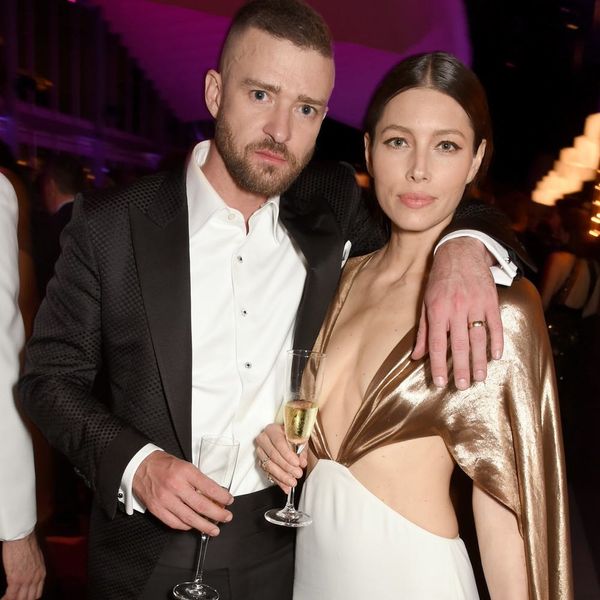 Following the wild conclusion of last night’s historic Oscars awards, it seemed as though EVERYONE needed a chance to blow off some steam and lighten the mood. Celebs flocked to after-parties in droves, celebrating at various soirees throughout the city where they got their grub on (ahem, Jessica Biel), chatted with their pals, and just generally let loose. See their best behind-the-scenes photos in our roundup below.

1. Emma Roberts: Emma Roberts, who stunned in her sustainable Armani Prive gown last night, paid tribute to her famed aunt Julia in a too-cute-for-words post that mimicked the older Roberts’ 2001 Oscars win both on and off the stage.

2. Jessica Biel: Jessica Biel got her grub on OUTSIDE the shower (where she admittedly often enjoys meals), with husband Justin Timberlake on gown duty, saying, “Post Oscars. Pre-party. Baby daddy duty.” Too funny!

3. Jessica Alba: The other Jessica (Alba) partied with the likes of Olivia Munn and Gabrielle Union at Vanity Fair’s post-Oscars soiree.

This baby's getting the Hollywood treatment a little early...

6. Chrissy Teigen: Teigen had her own wives’ club going on behind the scenes.

7. Hailee Steinfeld: Sprawled out in her breathtaking Ralph & Russo gown, Steinfeld clued us into her mani secret: Essie’s Buy Me a Cameo ($9).

I gave it back, I promise! 🏆Congrats @ViolaDavis! #Oscars

9. Kelly Ripa: Now that Viola Davis has won her Oscar (and delivered the emotional speech of a lifetime), she’s not willing to let it get away quite so easily. “I gave it back, I promise!” Kelly Ripa jokes of their shared candid shot, in which Davis can clearly be seen reaching for her newly acquired goods.

Nicole Briese
Nicole is the weekend editor for Brit + Co who loves bringing you all the latest buzz. When she's not busy typing away into the wee hours, you can usually find her canoodling with her fur babies, rooting around in a bookstore, or rocking out at a concert of some sort (Guns N' Roses forever!). Check out all her latest musings and past work at nicolebjean.com.
social media
Celebrity News
social media
More From Celebrity News