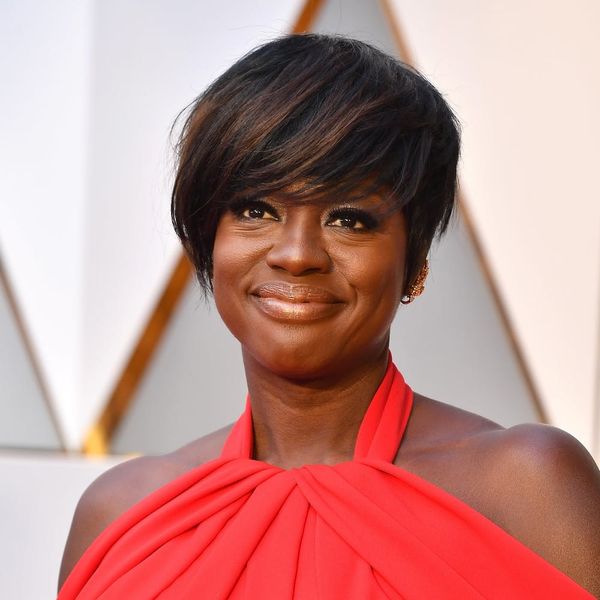 Even prior to tonight’s Academy Awards, it was destined to be a big night for Viola Davis: She made Oscars history as the first black woman to ever receive three nominations. Win or lose, the nod meant that the Fences star, up for Actress in a Supporting Role, had already accomplished more than many in her industry could ever hope to achieve.

With the internet favoring her to win, it wasn’t necessarily a shock that Davis did, in fact, take home the award. But no one could have been prepared for the epic speech that followed (unless, of course, you happened to catch her epic response to a reporter who asked her how to achieve the American dream).

Choking back tears, Davis gave thanks to the muses of actors and actresses around the world — the everyday people that inspire their characters — despite the fact that some are no longer with us.

“The people with the greatest potential are gathered in one place, and that’s the graveyard,” she began. “People ask me all the time, ‘What kind of stories do you want to tell, Viola?’ And I say, ‘Exhume those bodies. Exhume those stories. Stories of the people who dreamed big, and never saw those dreams to fruition, people who fell in love, and lost.’ I became an artist, and thank God I did, because [ours is] the only profession that celebrates what it means to live a life.” WOW.

Exhibiting as much passion as any one of tonight’s nominated performances as she spoke (Jimmy Kimmel even joked that she would be nominated for an Emmy for her speech), she also went on to thank her co-star (“Oh Captain, my Captain, Denzel Washington”), as well as everyone who matters to her most, including her parents (“I’m so thankful that God chose you to bring me into this world”), her sisters (“We were rich white women in tea party games”), and husband and daughter for teaching her “how to live and how to love — I’m so glad that you are the foundation of my life.”

I really wasn't ready for Viola Davis' speech after Jack Chan and his pandas. Too many emotions! pic.twitter.com/Q4LuoAWObj

Viola Davis #Oscars had me in tears I'm so glad she finally won an Oscar pic.twitter.com/FuME46CAT0

Bravo, Viola — and congratulations. Now, if you’ll excuse us while we run to fix our makeup…

Did you weep at Viola’s powerful words? Tell us over @BritandCo.

Nicole Briese
Nicole is the weekend editor for Brit + Co who loves bringing you all the latest buzz. When she's not busy typing away into the wee hours, you can usually find her canoodling with her fur babies, rooting around in a bookstore, or rocking out at a concert of some sort (Guns N' Roses forever!). Check out all her latest musings and past work at nicolebjean.com.
Oscars
Celebrity News
Oscars
More From Celebrity News