14 of the Best Dressed Oscars Winners of All Time 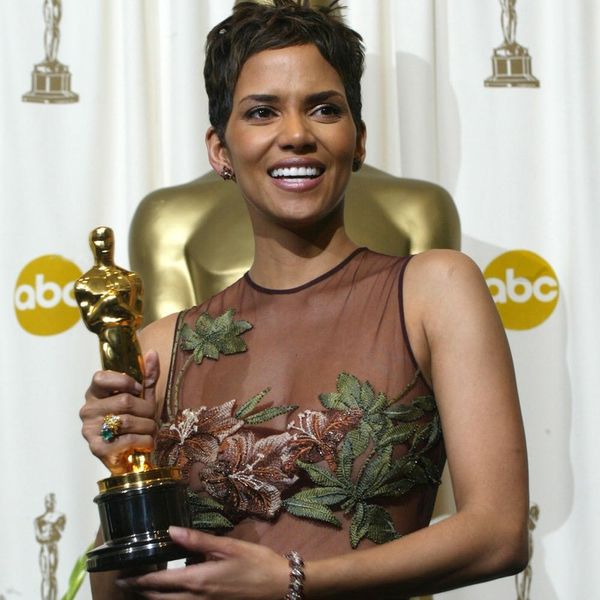 Oscars night is nearly upon us (Sunday at 7pm/6c), and while there are sure to be plenty of cute couples and dramz to behold (see: Constance Wu’s ire at Casey Affleck’s nom), all eyes will more likely than not be on nine ladies in particular — Isabelle Huppert, Ruth Negga, Emma Stone, Meryl Streep, Viola Davis, Naomie Harris, Nicole Kidman, Octavia Spencer, and Michelle Williams — AKA all the women nominated for Actress in a Leading Role and Actress in a Supporting Role (sans Natalie Portman, who won’t be attending). That’s because each of them has the chance to take the stage to accept the infamous golden statuette, and when you’re up for a moment that momentous with what seems like the whole world watching, you’ve gotta look GOOD. Below, see 14 ladies who managed to do just that with the best dressed Oscars winners of all time.

14. Alicia Vikander, 2016: Alicia, who won Best Supporting Actress last year for The Danish Girl, was the “Belle of the ball” in her custom Louis Vuitton gown that had comparisons to a certain Disney princess swirling and brought the strapless neckline front and center. (Photo via Todd Williamson/Getty)

13. Mira Sorvino, 1996: Mira famously changed her mind many times over when it came to choosing a dress for the 1996 Oscars, but after four hours of indecisiveness, Armani earned the honor of dressing her for her win for Best Supporting Actress in Mighty Aphrodite. (And thank goodness he did — girl looked gorge.) (Photo via Steve Granitz/WireImage/Getty)

12. Helen Mirren, 2007: At 61 years old in 2007 when she accepted her Best Actress award for The Queen, Helen looked positively radiant in this romantic Christian Lacroix stunner. (Then again, we’d expect nothing less of a dame who rocks a Prince tattoo to a dinner at the White House.) (Photo via Frazer Harrison/Getty)

11. Marcia Gay Harden, 2001: Best Supporting Actress winner Marcia Gay Harden had Randolph Duke to thank for making her look like the classic Hollywood starlet as she was walking the 2001 carpet for Pollock. (Photo via Vinnie Zuffante/Getty)

10. Audrey Hepburn, 1954: Some looks never go out of style, and Audrey Hepburn was as timeless as ever while accepting her win for Best Actress in Roman Holiday in this stunning Hubert de Givenchy gown with its flared skirt and belted waistline. (Photo via NBCU/Getty)

9. Renee Zellweger, 2004: Renee stuck to her standby designer, Carolina Herrera (who also dressed Ivanka Trump for President Trump’s inauguration), when picking up a Best Supporting Actress Oscar for Cold Mountain. While this look was *all* about her train (which seemed to go on for days) Renee also added a little oomph in the form of a $550,000 vintage Cartier diamond choker. (Photo via J. Vesper/Getty)

8. Jennifer Lawrence, 2013: Jennifer Lawrence made history last year as the youngest person ever to receive four nominations, but in 2013, she was making fashion history in this breathtaking Dior masterpiece. It was also the cause of her famous fall (she tripped heading up the stairs to accept her award for Best Actress in Silver Linings Playbook), but it only served to make her that much more endearing to America. (Photo via Jason Merritt/Getty)

7. Marion Cotillard, 2008: The soon-to-be mommy (who recently took time out to support women’s rights via social media) looked like a beautiful mermaid in Jean Paul Gaultier for her 2008 win for La Vie en Rose. (Photo via Steve Granitz/Getty)

6. Julia Roberts, 2001: Rarely does black and white make as big of an impact as it did on Julia Roberts in this 2001 Valentino extravaganza. The acting legend wore the look for her big Best Actress win for Erin Brockovich, 11 years after her first nomination for Steel Magnolias in 1990. (Photo via Mirek Towski/Getty)

5. Gwyneth Paltrow, 1999: Gwyneth’s bubblegum pink Ralph Lauren frock was pure ’90s perfection, making nearly every best dressed list around. It was also the perfect romantically hued choice for her win, which just so happened to be for Best Actress in Shakespeare in Love. (Photo via Jeffrey Mayer/Getty)

4. Cate Blanchett, 2014:Blue Jasmine best actress winner Cate’s uber-expensive Armani Prive Swarovski crystal gown BETTER have made the list at its jaw-dropping sticker price of $100,000, which, when paired with her Chopard jewelry, rounded out to a cool $18.1 million. Holy. ish. (Photo via Jason LaVeris/Getty)

3. Hilary Swank, 2000: Hilary Went all out for her first Best Actress win back in 2000 (Boys Don’t Cry), opting for Oscars-winner vet designer, Randolph Duke, who armed her with mounds of beautifully crafted green fabric, and plenty of it. (Photo via Jim Smeal/WireImage/Getty)

2. Lupita Nyong’O, 2013: Best Supporting Actress winner Lupita Nyong’O burst onto the Oscars scene in 2013 with her incredible work in 12 Years a Slave, and wasted no time in slaying the fashion game, either: This sky blue, empire-waisted Prada piece moved as effortlessly as she did down the carpet. Wowza! (Photo via Axelle/Bauer-Griffin/Getty)

1. Halle Berry, 2002: We’ve yet to see a more stunning Oscars winner than Halle Berry in the infamous sheer-Elie Saab getup she donned in honor of her epic Best Actress performance in Monster’s Ball. She was also incidentally the last black actress to win the title in 15 years, though with any luck Ruth Negga may soon be following suit, as she’s nominated for Loving this year. (Photo via Kevin Mazur/Getty)

Which look was your favorite? Tell us over @BritandCo.

Nicole Briese
Nicole is the weekend editor for Brit + Co who loves bringing you all the latest buzz. When she's not busy typing away into the wee hours, you can usually find her canoodling with her fur babies, rooting around in a bookstore, or rocking out at a concert of some sort (Guns N' Roses forever!). Check out all her latest musings and past work at nicolebjean.com.
Gwyneth Paltrow
Celeb Style
Gwyneth Paltrow Oscars Red Carpet
More From Celeb Style