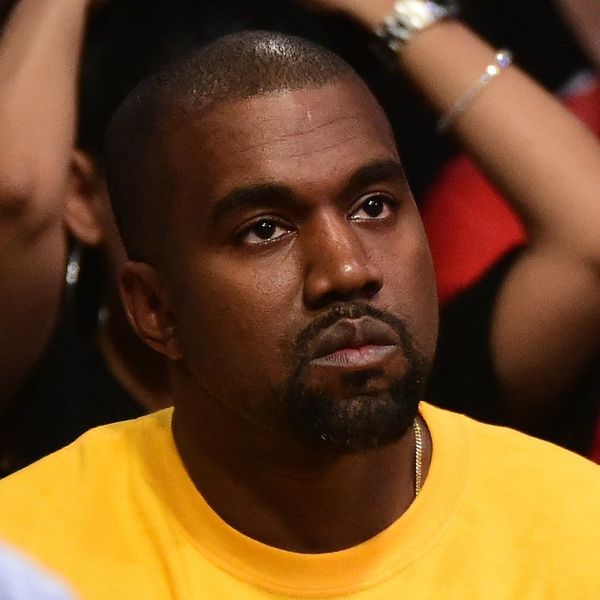 Oh. Em. GEE. If you thought Beyoncé was a marketing force to be reckoned with after the release of Lemonade, Kanye West just took things to a wholeeeeee new level in a move that just may have just demolished any chance he had of EVER patching up that long-running Taylor Swift feud (which Kim Kardashian West herself recently jumped in the ring over).

In his latest “video” premiere on Tidal (live streamed to both subscribers and non-subscribers alike), the musician made a rather tongue-in-cheek commentary on his running beefs with, well, just about everyone, with an unprecedented stunt, to say the least.

Following a very brief musical introduction from the song “Famous” (you know, the one with the infamous dig at Taylor), Kanye’s cameras shot to several rather provocative figures seemingly sleeping next to one another — albeit completely in the nude — in a recreation of Vincent Desiderio’s Sleep.

As if that weren’t shocking enough, these “figures” weren’t just any old people: All were highly recognizable, including one disturbing and prominently nude Taylor Swift lookalike. Annnnnddd cue the feelings of extreme discomfort.

In the footage, the camera zooms in on each “celeb” for several (very long and uncomfortable seconds) before ending in a panned out shot of the group tangled up side by side together in a mess of white linens.

Wow. We don’t even know what to say about this one! While we’re all for self-expression and all that, we’ve gotta’ say, without the explicit consent of each and every one of the featured celebs (who, despite a name drop in the film’s thank you credits for being famous, we’re willing to bet were NOT offered up, especially in the case of Taylor), we’re kind of sort of thinking that Kanye just opened one realllllyyyy unnecessary can of worms.

“I want to support ya’ll supporting ideas and truth,” he said post-screening, before putting the footage on repeat.

Yikes. If anyone needs us, we’ll be right over here, taking cover from all the ish about to hit the fan.

Was Kanye’s latest vid “heartless” or artistic? Sound off to us over @BritandCo!

Nicole Briese
Nicole is the weekend editor for Brit + Co who loves bringing you all the latest buzz. When she's not busy typing away into the wee hours, you can usually find her canoodling with her fur babies, rooting around in a bookstore, or rocking out at a concert of some sort (Guns N' Roses forever!). Check out all her latest musings and past work at nicolebjean.com.
Music
Celebrity News
Music Taylor Swift
More From Celebrity News