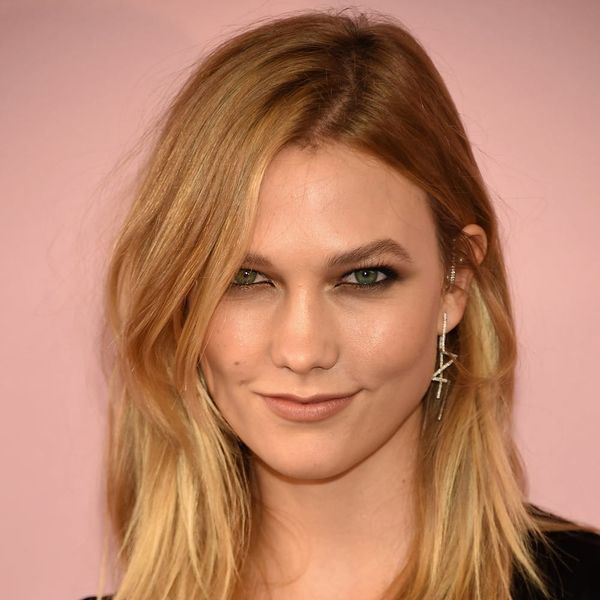 Blonder and blonder! Just days after Gigi Hadid lightened up her tresses and model Chrissy Teigen made her debut as a strawberry blonde, Karlie Kloss is getting frosty with a brand new platinum look that has us singing, “Ice, Ice, Baby.”

The model, who is celebrating the Fourth with one epic throwback shot, debuted her new ‘do over on Instagram, throwing a *look* over her shoulder from beneath a deep side part, saying, “Went platinum without the album.”

Blonde AF ✨ this super model came in for a new look, #platinumblonde 💖so after a couple hours, lots of #olaplex and great conversations, we did it! Thank you @karliekloss for trusting me with your gorgeous locks 😘 and so good to catch up with @pennithow at the same time!! ❤️ #behindthechair #maneaddicts #modernsalon #hairbrained #karliekloss

We got an even better glimpse of just how platinum the 24-year-old went over on hair stylist @christinaaccessnahair’s page, who posted a close-up of her client looking icy AF. “This supermodel came in for a new look, so after a couple of hours, lots of #olaplex, and great conversations, we did it!” she wrote. “Thank you @karliekloss for trusting me with your gorgeous locks.”

Kloss was on hand in Paris for Paris Fashion Week, where she took in the Christian Dior show from the front row.

Later that evening, she took her new hair out for a night on the town for the iconic brand’s Exhibition launch celebrating its 70th anniversary, sweeping her locks back into an elegant updo with sideswept bangs styled into finger-curl waves.

What do you think of Karlie’s new style? Share with us @BritandCo.