You’ll Never Guess Where Katy Perry Had Her Birthday Party 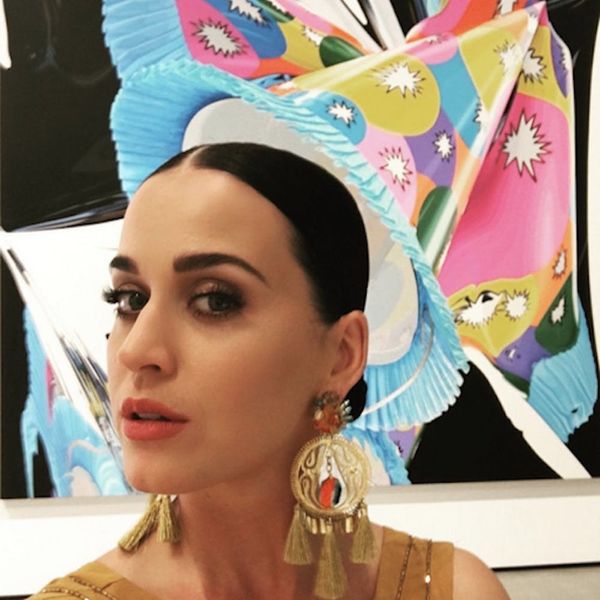 Even though it’s been a few years since her last album, walking celebration Katy Perry is still a source of major inspo. From getting you to try transcendental meditation to influencing Halloween looks KP is still the definition of goals. Recently Katy took a break from celebrating BFF Hilary Clinton’s birthday to having some festivities of her own.

Earlier in her birthday KP and her crew soaked in some culture at the Broad Museum in LA. When it came time for dinner the group 86-ed fancier options and instead headed to chain restaurant Olive Garden.

Nothing against OG but given Katy’s cotton candy scented past you would expect something a little more over the top for her 31st birthday. The singer posted on Instagram that she and her friends hit up Olive Garden because #thosebreadstickstho. And to be honest, her earrings are on point, her entourage is full of cool people (hey, Sophia Rivka Rossi!) and she is right, the breadsticks are plentiful. What more do you need from a b-day venue?

Later in the night there were clues on Twitter that Katy probably also celebrated her big day with some rainbow cake.

This is just another awesome reminder that between her hot Cheetohs obsession, her taste in chain restaurants and her unapologetic love of “fuzzy plane socks” Katy Perry is really just a cool chick that any of us can relate to.

The moral of this birthday story is, if you have friends and are happy it doesn’t matter where you celebrate. Also pasta is delicious in all its forms and you can never go wrong with some birthday carbs.

What’s your fave restaurant for birthdays? Tell us in the comments!

Molly Sanchez
Molly Sanchez is a writer, comedian and lover of burritos everywhere. She has written for The Bold Italic, Liquid Bread, Thrillist and HelloGiggles. She devotes her time to Bloody Mary research, exploring San Francisco and promoting wide spread shower beer awareness and appreciation. Find her on Twitter @seriousmolly trying to get famous people to laugh at her jokes or on Instagram @mollyfuckingsanchez where she swears a lot.
Katy Perry
Party
Katy Perry Pasta Recipes
More From Party