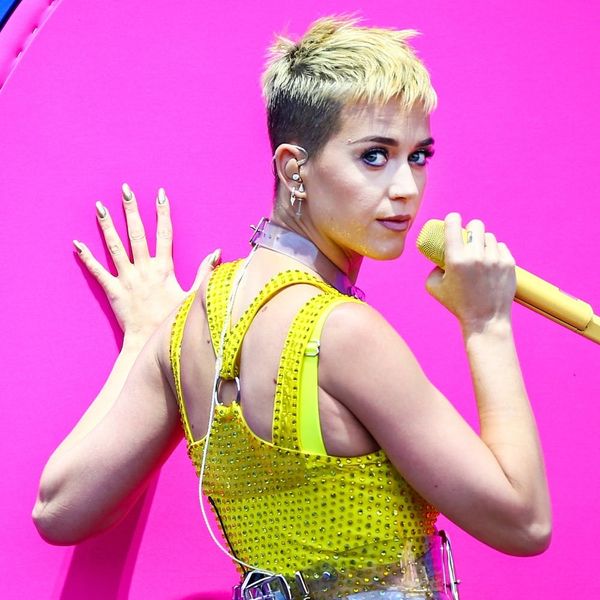 Katy Perry may be facing shade from Taylor Swift as her new album drops today (while also claiming that the “Bad Blood” singer tried to “assassinate” her character, BTW), but the pro has apparently put that drama aside for the time being. In honor of the release of Witness, Perry is spending the next few days live-streaming her weekend, and it’s truly weird AF.

The day started like any other, with the 32-year-old snoozing away on her comfy circular bed surrounded by fringe hanging from the ceiling. Today, though, there were multiple cameras aimed at Perry. Those cameras will follow her every movement throughout the day.

Well, nearly every movement — she does get privacy for bathroom breaks, thank goodness.

So far on the livestream, fans have observed Perry’s team attempt to wake her using various methods (bubbles being the ultimate winner), and watched her dance around her kitchen in newspaper-print PJs and play with her pair of puppies. With her new music piped into the background, Perry has been mixing it up by introducing contests, interviewing friends, and even giving us impromptu performances.

If you’re suffering from FOMO when it comes to the first few hours or so, don’t fret! Perry has a full day of entertainment planned, and has even posted a handy-dandy schedule so that you can be sure to tune in if there’s something specific you don’t want to miss.

Take a peek below and “Witness” all of the action yourself.

What do you think about Katy Perry’s “Witness” livestream? Let us know @BritandCo!