Morning Buzz! Taylor Swift Put ALL of Her Music Online at the Same Time As Katy Perry’s New Album + More 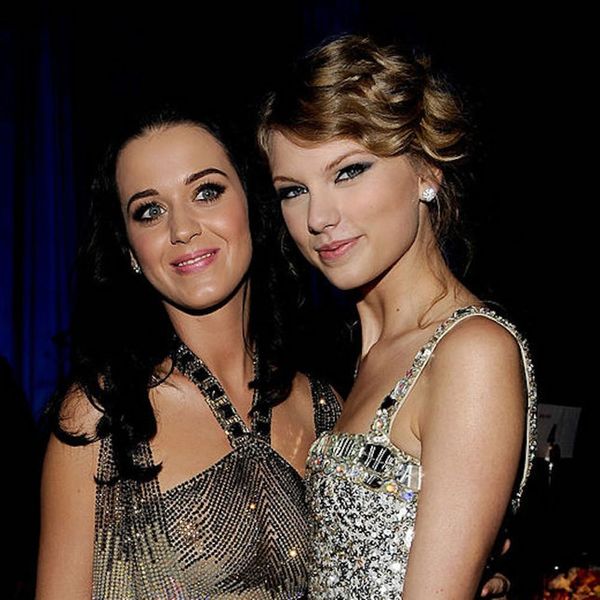 More potential Bad Blood between Taylor and Katy and a sweet name for Ryan Lochte’s new son lead this morning’s top news stories. Check out those and more below in Friday’s Morning Buzz!

katy perry: the countdown starts now make sure to stream my album on spotify toni…

1. Katy Perry’s new album Witness came out at midnight, and at the same time, Taylor Swift released her entire back catalogue to all major streaming services (Spotify, Pandora, Amazon, etc.) after previously only having it available on Apple Music. UMM. Swift’s team says this massive release is a thank you to fans for her last album, 1989, selling over 10 million copies worldwide and for the RIAA certifying her for moving 100 million songs. Swifties, however, see the suuuper suspicious timing as (sort of perfect?) shade to Perry and her new album — and some even say they “aspire to be as petty as Taylor Swift releasing her discography for streaming the weekend Katy Perry’s album drops.” LOL. In an NME cover story released today, Perry claims that Swift “trie[d] to assassinate my character with little girls,” saying it was “so messed up,” so if you thought this drama was dropping off — think again.

2. The UK election had a shocking result. UK Prime Minister Theresa May called a surprising snap election back in April to try to cement her party’s majority heading into Brexit, but the election was disastrous for the Tories. They got even FEWER seats than they already had, with a bigger showing from the Labour party than people expected, resulting in a hung Parliament. May has received permission from the Queen to form a new coalition government with Ireland’s Democratic Unionist Party, and plans to move ahead with the Brexit schedule as planned, though it remains to be seen just how plans will change. (h/t Buzzfeed, photo via Dan Kitwood/Getty)

3. Laura Prepon and Ben Foster reveal they’re having a girl! Prepon is already eight months along, and told Kelly Ripa and Ryan Seacrest yesterday that “she needs to come out already,” letting it slip that they’ll be having a little girl — and, by the sounds of it, soon.

4. We now know Ryan Lochte’s new son’s name and it’s ADORABLE. Lochte and his fiancee, Kayla Rae Reid, announced the birth of their son just yesterday, and soon after, Lochte took to Instagram to reveal the name — Caiden Zane Lochte. Cute! In the post, Lochte called his son a dream come true and admitted that he couldn’t stop crying. Aww.

5. Jerry Seinfeld has a very good reason for not hugging Kesha. A clip of the comedian politely saying “no, thank you” to Kesha as she approached him for a hug in the middle of an on-camera interview went viral this week. In a new chat with Extra, Seinfeld admits he had no idea who she was, and simply doesn’t hug strangers. “I’m 63, I don’t know every pop star,” he said. “When you get to be my age and you’ve done a couple things, you have your own reality. In my reality, I don’t hug a total stranger.” Totally fair, Jer. (h/t Extra; photo via Tasos Katopodis/Getty)

6. Quote of the day: “Real integrity is doing the right thing, knowing that nobody’s going to know whether you did it or not.” Oprah Winfrey drops some wisdom to remember.

Do you try to do the right thing even when no one is looking? Let us know @BritandCo.